SEOUL, May 12 (Yonhap) -- Service output in all 16 provinces and major cities of South Korea climbed more than 4 percent in the first three months of the year on an economic recovery amid the coronavirus pandemic, data showed Thursday.

Service output grew 4.1 percent in the January-March period from a year earlier, decelerating from a 5.5 percent on-year gain three months earlier, according to the data from Statistics Korea.

It marked the fourth consecutive quarter of gains since the second quarter of 2021, when service output increased in all 16 provinces and major cities for the first time in six quarters.

The service sector got a boost from people's increased activity in Asia's fourth-largest economy amid improving economic conditions, despite the prolonged COVID-19 outbreak.

In the first quarter, the southern resort island of Jeju reported the fastest on-year increase with 10.4 percent, followed by the eastern province of Gangwon with 6.1 percent and Incheon, 40 kilometers west of Seoul, with 5.8 percent.

Service production in the South Korean capital of Seoul edged up 2 percent on-year in the three-month period.

Seoul -- home to about one-fifth of the country's 52 million population -- reported a 3.7 percent on-year gain in retail sales, with Jeju Island posting the biggest on-year increase of 4.9 percent, according to the data. 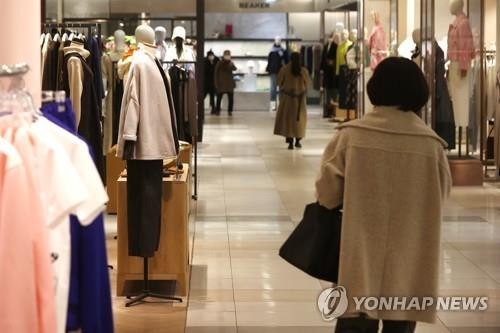