SEOUL, May 12 (Yonhap) -- South Korean ballet dancer Park Sae-eun of the Paris Opera Ballet has been awarded the France-Korea Cultural Prize in recognition of her contribution to raising the world's awareness of the artistry and beauty of Korean ballet.

According to the South Korean Embassy and the Korean Cultural Center in France on Wednesday (French time), the jury members of the prize unanimously chose Park as the recipient of the award for 2021.

Founded in 1999, the award also known as Prix Culturel France-Coree, has been given every year to honor cultural figures and institutions of Korea and France that have contributed to promoting cultural exchanges between the two countries.

Park was promoted to principal dancer, or danseuse etoile, last year, becoming the first Asian dancer to secure the top position in the history of the ballet troupe, founded in 1669. 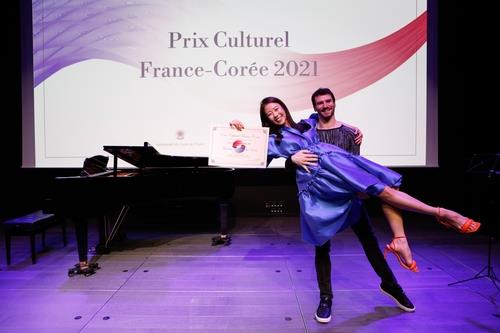