SEOUL, May 12 (Yonhap) -- A former national speed skating coach won a lawsuit Thursday over a university's decision to fire him for his alleged connection to multiple sexual assault cases, including one involving Olympic gold medalist Shim Suk-hee.

The Seoul Administrative Court ruled partly in favor of Jun Myung-kyu, former vice president of the Korea Skating Union (KSU) and former professor at the Korea National Sport University, finding that the dismissal was "far too heavy" a punishment made in the face of public fury, rather than according to due process.

The court ordered the university to cancel the dismissal and reduce the penalty it imposed on Jun.

"It's hard to acknowledge the grounds for the disciplinary action, and even if they are acknowledged, the dismissal is excessive considering that the decision had too heavily factored in the nationwide public resentment against him due to unfiltered media coverage," the court said.

The court also noted that the plaintiff's public achievement and contribution should have been taken into account.

Jun was probed by the culture ministry and related sports authorities in 2018 over allegations that he helped cover up sexual violence perpetrated by skating coaches and threatened athletes to not report or go public about the cases.

The allegations came amid an investigation into the sexual assault case of Shim, who claimed her coach, Cho Jae-beom, physically assaulted her and other skaters. Cho was later convicted and sentenced to 10 months in prison.

Jun has denied the allegations and said he had no knowledge of what had been going on.

After the calls from the culture and education ministries for heavy disciplinary action against Jun, the Korea National Sport University decided to fire him in August 2019. 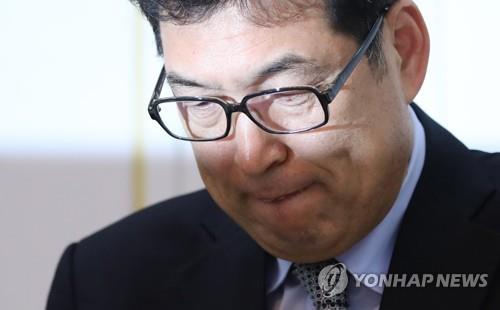