SEOUL, May 13 (Yonhap) -- Park In-soo, who is better known by his stage name "Kill," has already established himself as a star B-boy in the breaking community with his exceptional power moves, but these days, he feels more people are recognizing him.

"I can feel that people are paying more attention to breaking as I am getting lots of support messages from social media," Park said. "It seems like people are starting to like breaking again and those who did not know breaking before are also being attracted to this dance."

Breaking, also known as break dancing or B-boying, is a hip-hop dance that features stylish footwork and power moves, like head or back spins. 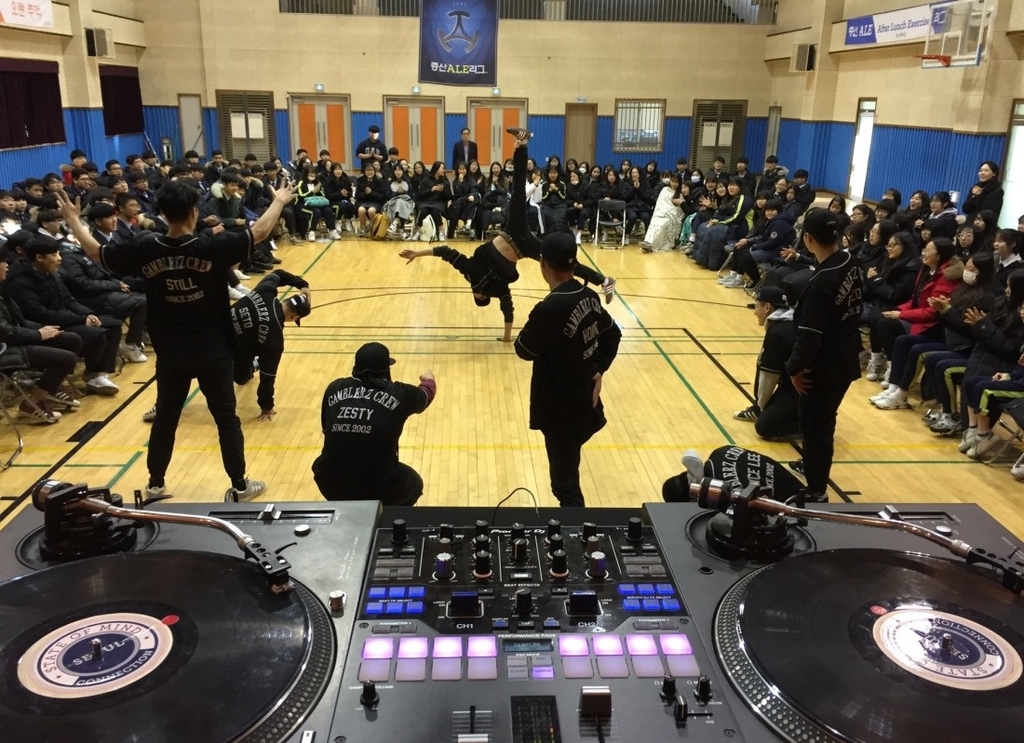 The dancers, usually called B-boys or B-girls, or simply breakers, said that breaking entered a new era when the International Olympic Committee (IOC) announced that the dance will be added to the 2024 Paris Games. It is now also an official sport at the 19th Asian Games in Hangzhou, China.

While the Olympic inclusion created momentum, with major companies offering sponsorships to breakers and competitions, the airing of "Showdown," an entertainment show from cable network JTBC featuring the country's top breakers, helped that momentum to gain more traction in South Korea, still considered one of the breaking powerhouses in the world.

"People still think that breaking is a dance that you just see on the street, but this TV show tells people that the dance has become an Olympic sport and there are many great breakers in South Korea," said Park, who performs on "Showdown" with breaking crew Gamblerz. "I do not want us to only enjoy this positive vibe."

With the Olympics and TV coverage, many believe the country's breaking culture has been given a great opportunity to expand its presence, with some even expecting a golden age to come for breakers.

But for veteran dancers, this kind of hype is not new. They hope breaking does not end up being a one-hit wonder like in the past. "Winning an Olympic medal will increase people's interest, but that's not going to solve all the problems in the long run," said Kim Heon-jun, head of the country's leading breaking team Jinjo Crew, who is better known by his stage name "Skim."

"As we are getting this much attention, we must realize that this popularity can grow further, meaning we have to start making efforts from the bottom to be sustainable."

Breaking had its heyday in South Korea in the 2000s after homegrown breaking crews won multiple international competitions.

Park Ji-hoon, chief of breaking crew Gamblerz, remembers that he and fellow breakers had a busy schedule, shooting TV commercials and performing across the nation at the time.

"People were shocked about our crazy moves back then," said 37-year-old Park, who goes by the stage name "Still." "In the early 2000s, when you are the world's No. 1 in something, you made national headlines no matter what."

But breaking ultimately failed to remain as mainstream culture as its popularity started to wane from around 2010.

Hwang Jung-woo, head of B-boy crew Fusion MC, regrets that he and fellow breakers were caught up in sudden popularity at the time.

"We were lazy and arrogant," said Hwang, who is better known by his stage name "Flex."

"After all, breaking is in the domain of creative work. We should have tried new things and showed fresh moves, but it's our fault that we couldn't maintain that momentum," he said. 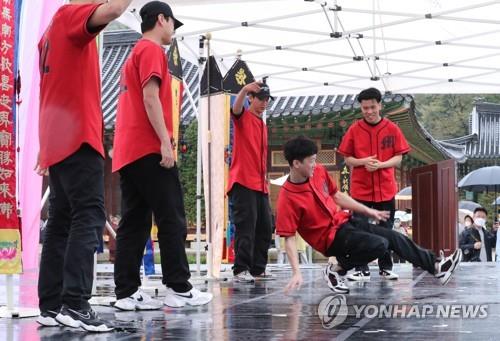 Lee Ho-sung, one of the first generation B-boys in South Korea, said the dancers were simply not ready to handle the boom.

"We were not prepared to work with corporations and others in a systemic way," said Lee, who performed with Expression Crew under the B-boy name "Tachyon." "The popularity rose suddenly and there were no (business) examples or models for us to follow."

But Lee, 42, believes South Korea's breaking scene will not repeat the same mistake this time.

"Honestly, breaking teams that exist till this day have gone through those ups-and-downs and they now have their own know-how to survive," he said. "With that experience, they will teach newcomers, so I'm not that worried."

To achieve sustainable growth, Kim of the Jinjo Crew said the dancers should break "useless hip-hop spirit" that blocks the inflow of new population.

"We should put aside this egoistic mindset, like 'I am the only one who can do these moves' and 'no one can understand me because this is my world,'" said Kim, who is also deputy chief of the breaking subcommittee under the Korean Federation of DanceSport.

"We need to lower the entry barrier of breaking and foster the young generation," he said.

Kim, 36, estimates the country's breaking population at roughly around 10,000, which he believes is less than the figure 10 years ago.

"Look what Kim Yu-na did to the country's figure skating," he said of South Korea's sole Olympic figure skating champion. "We need a star who can show he or she is living large and serve as a role model for future breakers." 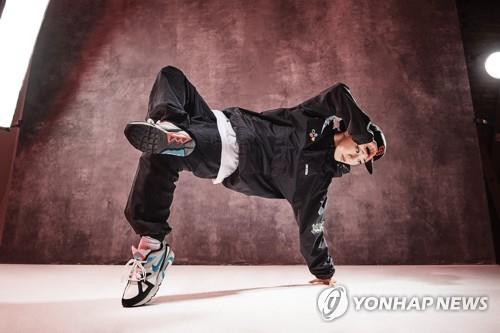 Kim Jeong-won, who runs a breaking academy in Seoul's Sindaebang area said there is a misperception among people that breaking is difficult to learn and that must be broken first.

"Some moves can be performed by elementary school students," said Kim, who goes by the B-boy name "Frog." "I believe support on breaking needs to be concentrated on coaching and teaching. If we can make one-third or half of B-boys focus on coaching, generating a breaking boom among the young population may not be that difficult."

Cho Sung-gook, the leader of breaking crew Last For One, said he hopes people's negative perceptions on dancers can be broken this time following success from the Olympics and the Asian Games.

"Till this day, many quit dancing because they worry about their future and putting food on the table," said Cho whose B-boy name is "Beat Joe." "I hope that dancing can be recognized as a stable job by the people." 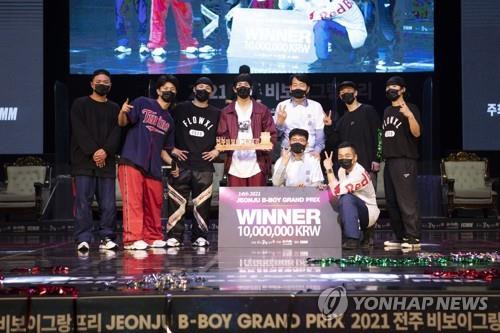