SEOUL, May 13 (Yonhap) -- Tottenham Hotspur's Son Heung-min has scored in his third consecutive match, helping his club to a crucial late-season victory while moving within a goal of the Premier League lead in the process.

Son scored in the 47th minute in Tottenham's 3-0 victory over Arsenal at Tottenham Hotspur Stadium in London on Thursday (local time). The South Korean star also set up a first-half penalty, converted by Harry Kane, after Cedric Soares fouled him in the area. 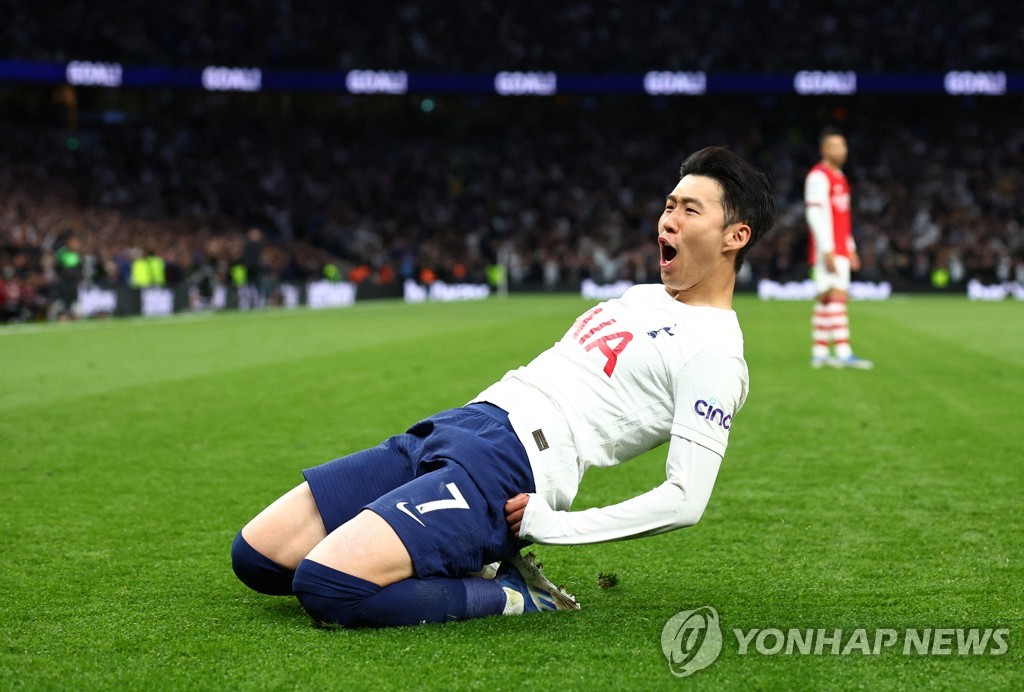 Son now has a new career-high 21 goals in the Premier League, one behind Mohamed Salah of Liverpool in the race for the Golden Boot. Tottenham and Liverpool will each play two more matches this season. Son, trying to become the first South Korean to lead the Premier League in scoring, has netted four goals in his last three matches.

In all competitions, counting the League Cup and continental tournaments, Son has equaled his career high with 22 goals. He also scored that many during the 2020-2021 season in 51 matches, compared to 43 matches so far in the current campaign.

With this North London Derby victory, Tottenham reached 65 points, one back of Arsenal for fourth place -- the last spot for Premier League clubs to qualify for the group stage in next season's UEFA Champions League.

Tottenham will next play 17th-place Burnley on Sunday and then last-place Norwich City on May 23 to close out the season. Arsenal will take on 14th-ranked Newcastle United on Tuesday and finish the season against 16th-place Everton on May 23. 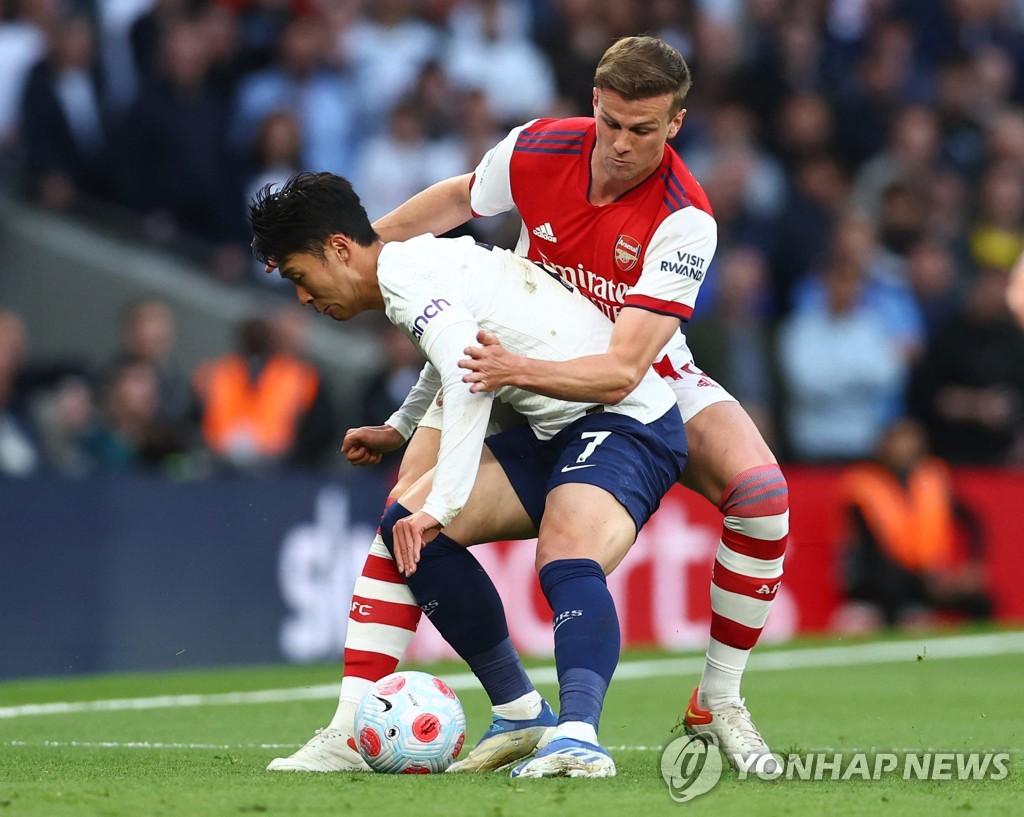 Kane's successful penalty put Spurs on the board. Then Arsenal went down a man after 33 minutes for his second foul on Son, and Tottenham capitalized on the man advantage four minutes later when Kane's header gave them a 2-0 lead.

Son made it a three-goal game about two minutes into the second half, as he pounced on a loose ball after Kane had lost control in the sea of Arsenal defenders in the box.

Son was lifted in the 72nd minute for Steven Bergwijn, with the match all but decided against the 10-man opposition. 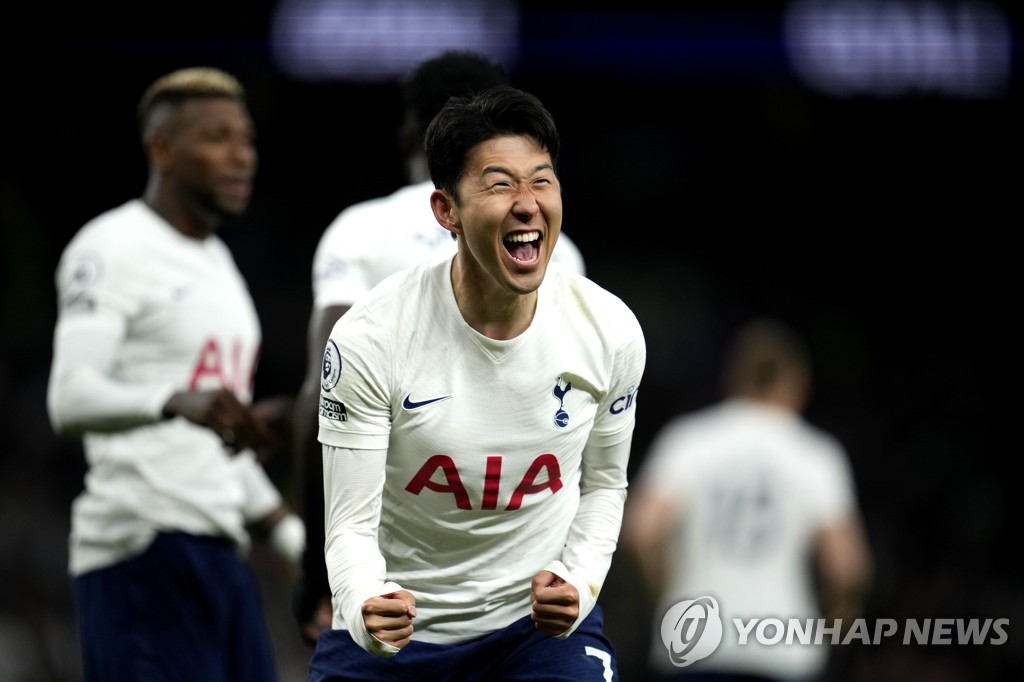