SEOUL, May 15 (Yonhap) -- A South Korean volunteer fighter in Ukraine was injured during a reconnaissance mission, his YouTube channel said Sunday.

Rhee Keun "recently incurred injuries while leading a special reconnaissance mission behind enemy lines. He has been transferred to a military hospital," according to an English-language update posted on the YouTube channel ROKSEAL.

The YouTube channel did not provide any further details on Rhee's condition.

The Navy SEAL-turned-YouTuber left for Ukraine in March to join the war against Russia in violation of a South Korean government ban.

His illegal entry to Ukraine has spurred various speculation and rumors ranging from his death in Ukraine to his stay at a cozy hotel near the country's border with Poland and allegations that he is only interested in shooting his YouTube videos there.

Last week, Rhee said he was combating in the war against Russia on the front line, rejecting various rumors surrounding him.

South Korea has banned its nationals from traveling to all regions of Ukraine since mid-February amid safety concerns. Those who enter the country without approval can face up to a year in prison or a maximum fine of 10 million won (US$8,150) under the law. 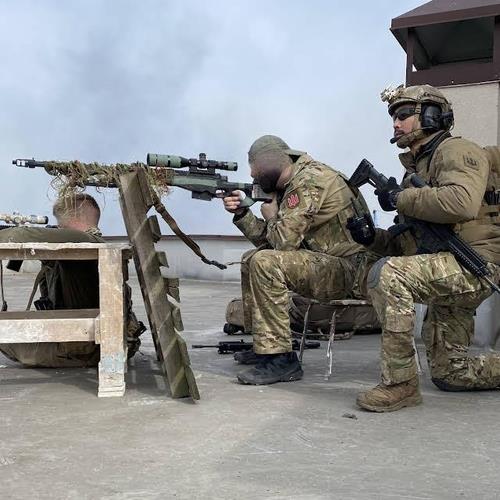