Yoon's request was made as he met leaders of the PPP, the Democratic Party (DP) and the Justice Party, as well as National Assembly Speaker Park Byeong-seug, before he delivered a budget speech, PPP Chairman Lee Jun-seok told reporters.

DP leaders made no response to Yoon's request, Lee said.

Last week, Yoon formally asked the National Assembly to approve Han, but the PPP and the DP failed to agree on a date to hold a plenary session for Han's confirmation.

In South Korea, the prime minister is the only Cabinet post that requires parliamentary approval.

A parliamentary confirmation hearing committee of the DP has declared Han as "unqualified," citing his post-retirement career at a law firm and other suspicions of irregularities. 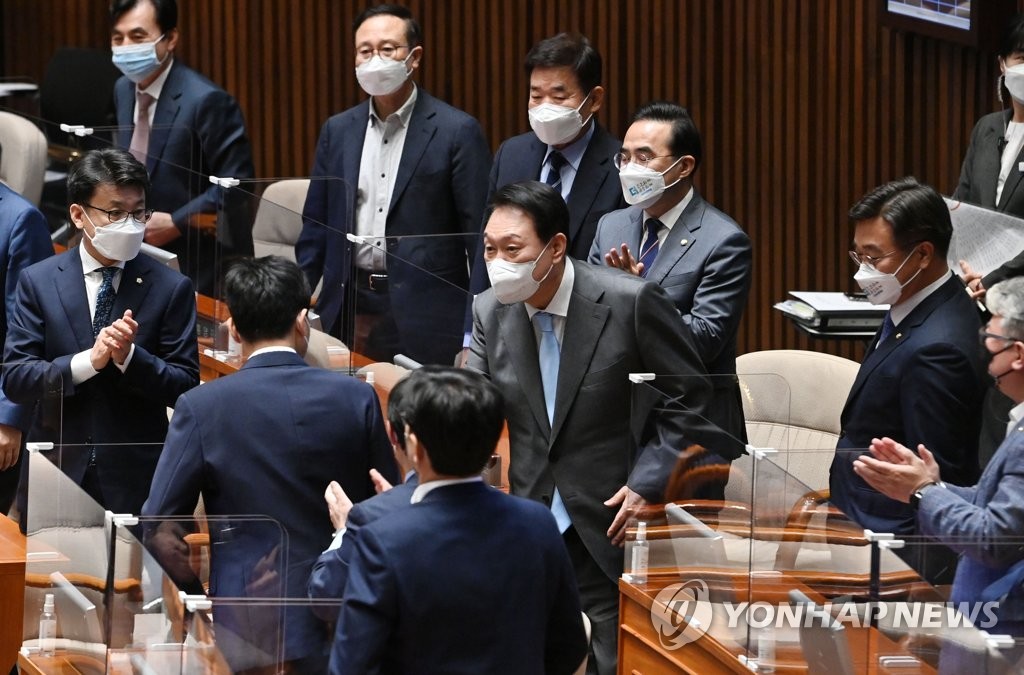