The move came after TerraUSD and its sister coin Luna tumbled, causing massive losses to investors and sending shockwaves across the world.

They were invented by a South Korean national but traded globally, with Luna designed to be tied to TerraUSD, also known as "stablecoin," pegged one-to-one with the U.S dollar.

According to the industry sources, the Financial Services Commission (FSC) and the Financial Supervisory Service (FSS) have recently asked local cryptocurrency exchange operators to share information on transactions linked to TerraUSD and Luna, including the volumes of their trading, their closing prices and the number of relevant investors.

The top financial regulators have also asked them to provide their countermeasures to the recent market crash and analyses on what has caused the collapse, they added.

"Last week, financial authorities asked for data on the amount of transactions and investors, and sized up the exchanges' relevant measures," an official of a local cryptocurrency exchange operator said. "I think they did it to draw up measures to minimize the damage to investors in the future."

Market observers estimate that around US$45 billion has evaporated over the past week globally due to the crypto market downfall. About 200,000 investors in South Korea are presumed to have invested in TerraUSD and Luna.

In a meeting with senior officials, Jeong Eun-bo, head of the FSS, voiced concerns that the recent crypto market debacle could result in eroding trust in the overall market and inflict damage on many investors, adding that the regulator should figure out its exact causes and implications despite constraints stemming from lack of relevant regulations.

Jeong also underlined the need to step up relevant cooperation and discussions with foreign authorities on how to effectively regulate the market, given the nature of crypto assets being mostly traded offshore. 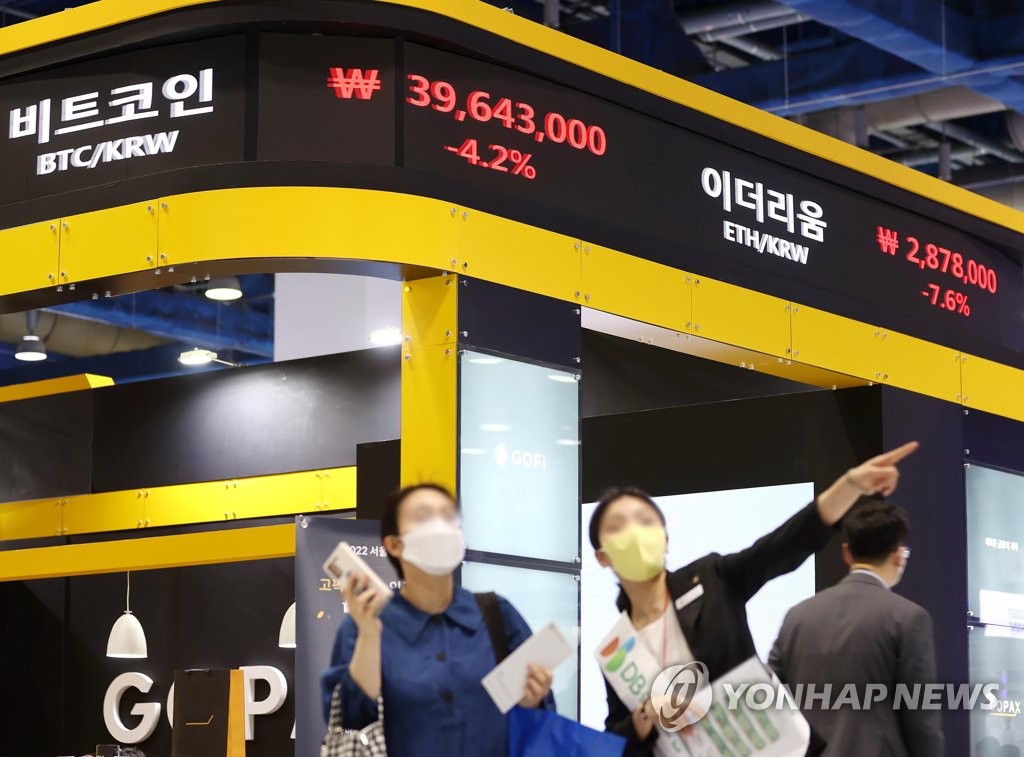