SEOUL, May 19 (Yonhap) -- South Korea will step up communication with Japan and the U.N. nuclear watchdog over Tokyo's planned release of radioactive water from the crippled Fukushima nuclear power plant into the ocean to address health and security concerns, Seoul's foreign ministry said Thursday.

The foreign ministry said it remains committed to its efforts for Japan to safely release the contaminated water from the plant in line with "international laws and standards" based on "objective and scientific perspective."

"The government will continue to strengthen communication between South Korea and Japan, as well as with the international community including the IAEA, by prioritizing public health and security in related to the (Fukushima) contaminated water," ministry spokesperson Choi Young-sam told a press briefing.

In April 2021, Japan announced a plan to start discharging the radioactive water into the sea in 2023 in what is expected to be a decadeslong process, as all storage tanks at the Fukushima plant are expected to be full as early as fall of 2022. 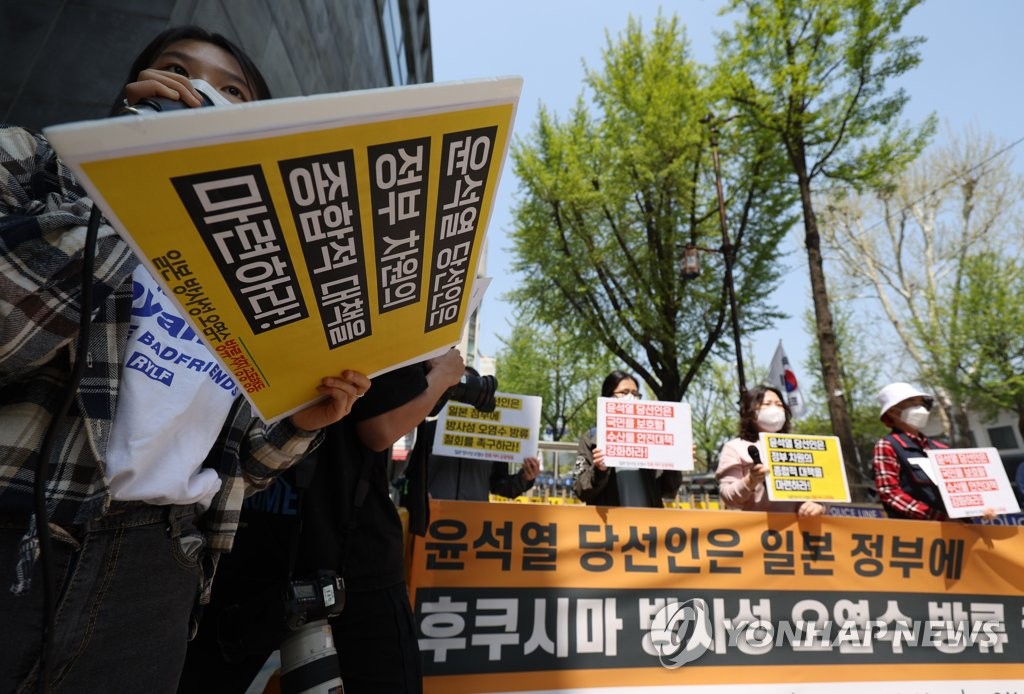