SEOUL, May 19 (Yonhap) -- A group of South Koreans who invested in two main tokens of Terraform Labs have sued Do Kwon, the embattled cryptocurrency firm's co-founder and CEO, and co-founder Daniel Shin, a law firm representing the investors said Thursday.

LKB & Partners said the complaints have been filed with the Seoul Southern District Prosecutors Office against the two entrepreneurs for alleged fraud and violation of the law regulating fund-raising.

A total of five investors have participated in the suit, with their damages amounting to 1.4 billion won (US$1.1 million), they said. More investors from both South Korea and abroad, including the United State and Italy, have made inquiries about the suit.

TerraUST, a so-called stablecoin that is meant to maintain a US$1 peg, and its digital coin counterpart, Luna, had been trading in the 10 cent-range and at nearly zero, respectively, registering more than 99.99-percent falls from their highs and wiping out nearly US$38 billion of investors' money in a week, according to data by CoinMarketCap.

The sudden meltdown dealt a crushing blow to many tech-savvy young investors who betted big on the algorithmic cryptocurrencies, seen largely as experimental, amid the recent boom in cryptocurrency assets.

"CEO Kwon and others did not properly notify (investors) of an error in algorithm while attracting investors through planning and issuing Luna and UST ... the act itself is fraud," the law firm said in a press release.

Do founded Terraform Labs with Shin -- founder of TMON Inc., one of South Korea's major e-commerce operators -- in 2018.

"(Terraform Labs) engaged in fraudulent activity by promising an annual rate of return of 19.4 percent," the law firm said.

CEO Do earlier said in a blog post that his firm is working on ways to keep its Terra blockchain and ecosystem going despite the collapse of its cryptocurrencies.

The disgraced entrepreneur also floated the idea of creating new coins. If the proposal is approved, it would leave behind UST and Luna – they would be renamed Terra Classic and Luna Classic, respectively. 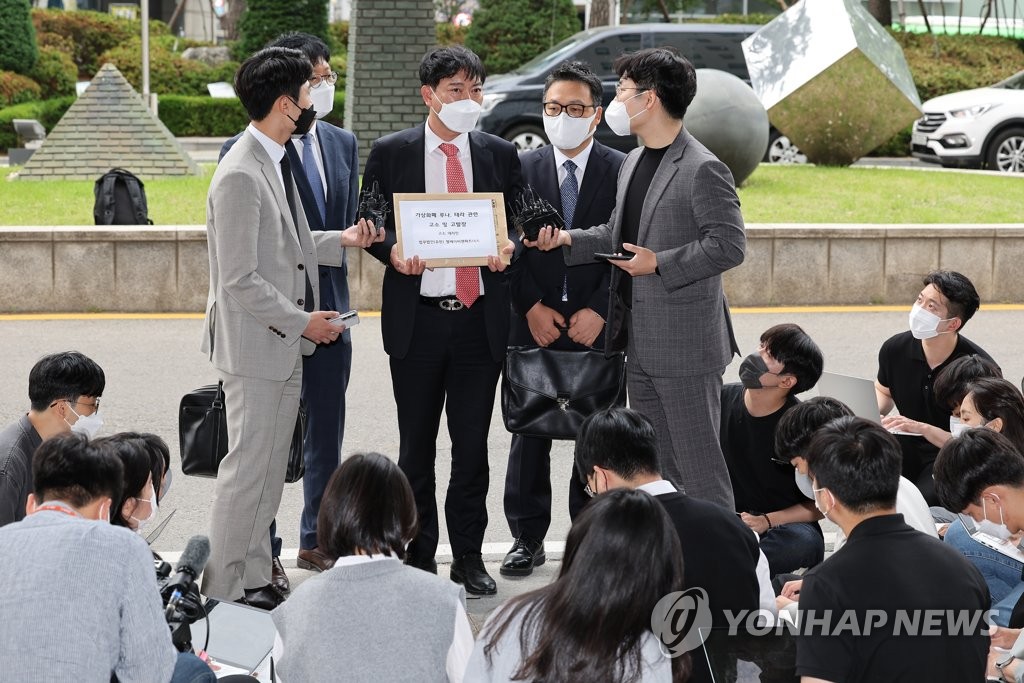