SEOUL, May 19 (Yonhap) -- More than eight out of 10 people who reported sexual harassment at the workplace said they suffered from some form of retaliation, a civic group reported Thursday.

Gapjil 119, which campaigns against workplace abuses, announced its analysis of the 205 reports it received from abuse victims between January 2021 and March 2022.

About 100 of the reports were from those who had filed complaints about sexual harassment to either their employer or other institutions.

About 90 percent of them said they did not receive due protection after speaking out about sexual harassment, and 83 percent said they experienced retaliation, the group said. 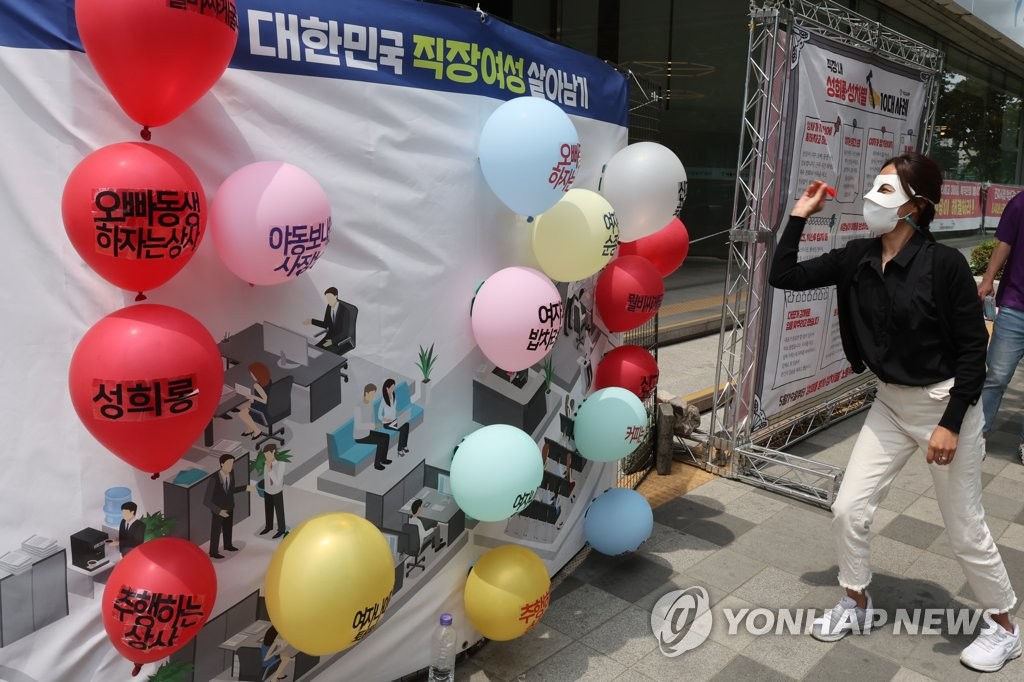 About 64 percent of the victims identified their superiors as harassers, while 30 percent of the cases involved their employers, according to the group's survey, which allowed multiple responses.

The study showed 79 percent of sexual harassment victims were also bullied at the workplace.

A total of 542 complaints about gender discrimination in employment were filed with the labor ministry between January 2021 and March 2022, but there were no cases in which the ministry conducted labor supervision at the workplace, the group said, citing government data provided by an opposition lawmaker.

Under the amendment, employees can report such incidents to the Regional Labor Relations Commission. The government agency can order corrective measures after deliberation, and employers who fail to comply without proper reasons can be fined up to 100 million won (US$78,294).
(END)