SEOUL, May 23 (Yonhap) -- President Yoon Suk-yeol said Monday that any resumption of dialogue between South Korea and North Korea will be up to Pyongyang, CNN reported.

Yoon made the remark during an interview with the U.S. cable news channel at the presidential office amid a prolonged stalemate in talks between both the South and the North, and between the North and the United States.

"I think the ball is in Chairman Kim's court," he said, referring to North Korean leader Kim Jong-un. "It is his choice to start a dialogue with us. I do not want North Korea to collapse. My hope is for North Korea to prosper alongside South Korea."

On North Korea's nuclear weapons program, Yoon said he does not believe its enhancement is "helpful and conducive to maintaining international peace and shared prosperity." 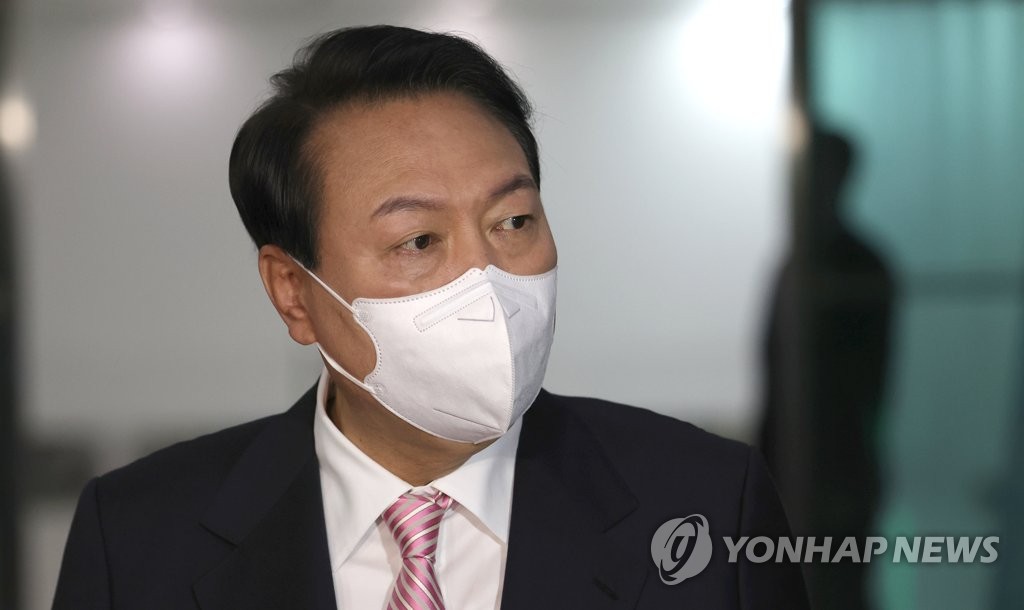 He also said that if North Korea conducts its seventh nuclear test, which has been portrayed in both Seoul and Washington as a near possibility, his government will have a different response from that of the previous Moon Jae-in administration.

"We will deal strongly and firmly with any threat or provocative act from North Korea," he said.

According to CNN, Yoon maintained that South Korea-U.S. military exercises are purely defensive, after he and U.S. President Joe Biden agreed during Saturday's summit to begin discussions on expanding them.

He also said there would be no redeployment of tactical nuclear weapons to the Korean Peninsula, CNN said.

On South Korea's participation in the U.S.-led Indo-Pacific Economic Framework, an initiative seen as excluding China from global supply chains, Yoon said he did not believe it was "reasonable for China to be overly sensitive about this matter."

"Even if we strengthen our alliance with the United States in security and technology, it does not mean that we think our economic cooperation with China is unimportant," he said.