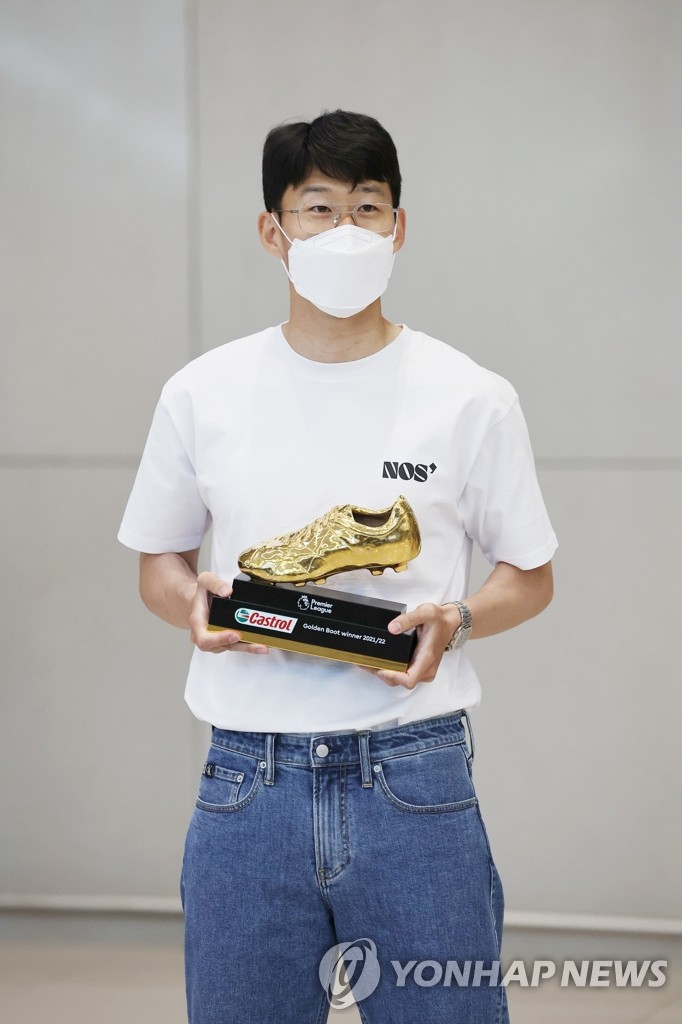 In the season finale on Sunday, Son scored twice in the second half of a 5-0 win over Norwich City, finishing tied for the league lead with Mohamed Salah of Liverpool at 23 goals. In the top English competition, the Golden Boot is shared by multiple players with the same goal total, with no tiebreaking procedure in play.

Son is the first Asian player to lead the Premier League in scoring. Son netted all 23 goals without the benefit of a penalty, and he finished strong down the stretch with a dozen goals in his final 10 games.

There will be very little rest for Son, who will report to national team training camp next Monday to prepare for friendly matches in June.

As part of buildup to the FIFA World Cup in Qatar in November, South Korea will host Brazil on June 2, Chile on June 6 and Paraguay on June 10. The Korea Football Association is looking to schedule another match on June 14, likely against an African team.

Son, a longtime national team captain, is just two matches away from playing in his 100th international match and joining the Century Club. 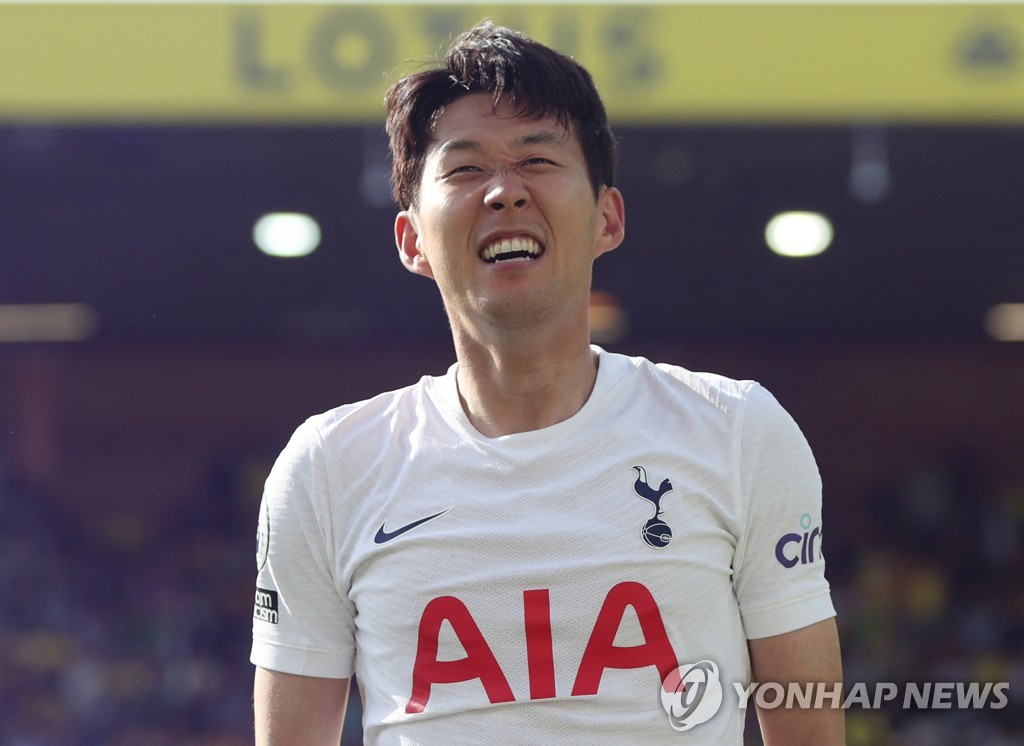