SEOUL, May 26 (Yonhap) -- The action comedy "The Roundup" has become the most-watched Korean film in the pandemic era, box-office data showed Thursday.

The sequel to the 2017 hit comedy "The Outlaws" garnered 342,000 people Wednesday, bringing its combined total to 4.51 million, according to the Korean Film Council.

It surpassed the attendance record of the previous No. 1 pandemic-era hit "Deliver Us from Evil," which was released in August 2020 and posted 4.35 million in attendance. 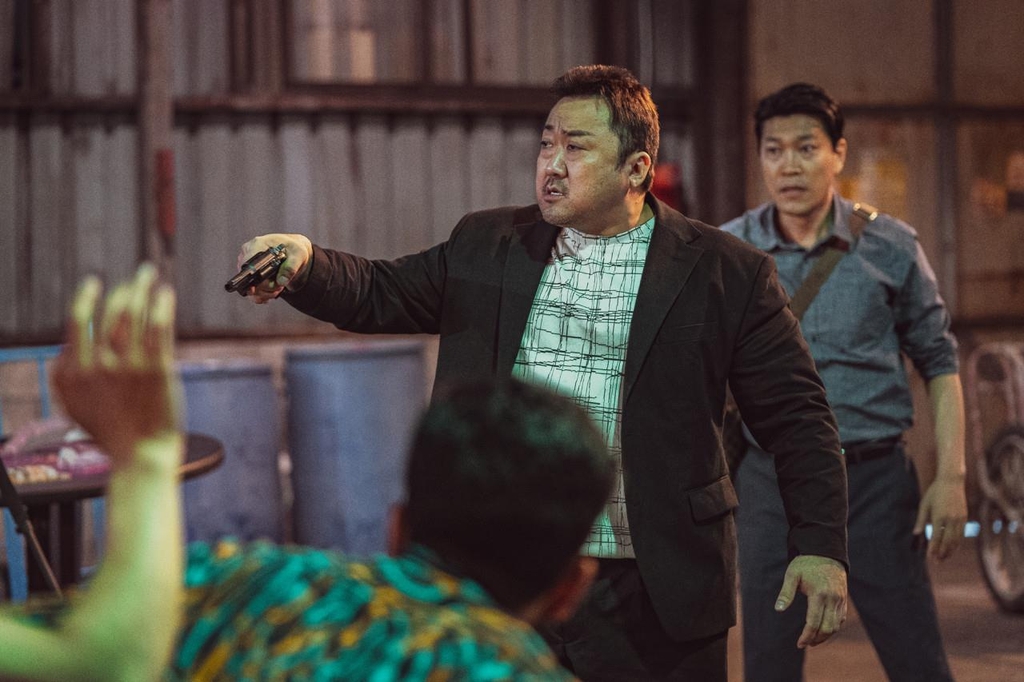 Starring Ma Dong-seok, also known as Don Lee, "The Roundup" has been shattering box-office records among Korean films since its release on May 18, coinciding with the nationwide turnaround to go back to normal.

It attracted 467,000 people upon its debut, marking the largest first-day score for a homegrown film since the new coronavirus broke out in early 2020, outnumbering the previous record of 354,000 set by the zombie apocalypse thriller "Peninsula" in July 2020.

It surpassed 4 million cumulative viewers Tuesday, the seventh day of its theatrical release, outpacing recent Hollywood blockbusters like "Spider-Man: No Way Home" (2021) and "Doctor Strange in the Multiverse of Madness" (2022).

Thanks to the stellar performance by "The Roundup," the Korean box office has posted more than 10 million moviegoers for May, a break-even point, for the first time in more than two years.

A total of 11.52 million people went to theaters during the first 25 days of May, marking the largest monthly audience since January 2020, when the monthly total reached 16.8 million.

Since then, the Korean box office has suffered a sharp drop in attendance, falling to an all-time low of 972,000 for April 2020.