SEOUL, June 9 (Yonhap) -- A ruling People Power Party (PPP) delegation led by Chairman Lee Jun-seok returned home Thursday from a weeklong trip to Ukraine, where they discussed cooperation and support for the country at war with Russia.

Lee and PPP lawmakers traveled to Ukraine last Friday, and visited Kyiv and other cities ravaged by Russia's invasion. They met with Ukrainian President Volodymyr Zelenskyy and other officials for discussions on various support measures.

"We have witnessed how the Russian invasion left a big scar on Ukraine in humanitarian terms and acts against humanity in cities, like Bucha and Irpin, destroyed in war," Lee said at Incheon International Airport. 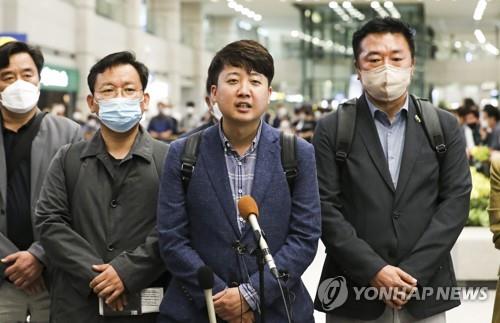 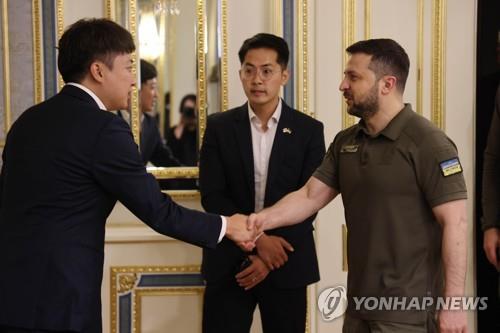