SEOUL, June 9 (Yonhap) -- Prosecutors sought a four-year prison sentence Thursday for the operator of one of the world's largest child sexual abuse websites on charges of concealing proceeds from the crime.

Son was found to have laundered and encashed the digital money using cryptocurrency accounts and his father's bank account, and used about 5.6 million won for online gambling. He admitted to all charges.

"Please consider that the proceeds were earned through a crime that sparked outrage across the world," the prosecution said during the hearing.

The prosecution also demanded a fine of 5 million won.

Son had already served a 1 1/2-year prison term for operating the website and was released in July 2020.

But he was indicted again after his father filed a criminal complaint against him in May 2020 on money laundering charges, a move apparently intended to prevent Son from being extradited to the United States, where he would face a far more severe punishment.

U.S. authorities had filed an extradition request for Son after a federal grand jury in D.C. indicted him in August 2018 on nine counts related to his operation of Welcome to Video.

But the Seoul High Court ruled against the request, citing a need for Korean authorities to fully crack down on child sexual exploitation by having the main culprit in the country.

Welcome to Video was one of the biggest known child pornography websites until it was taken down by law enforcement in March of 2018. At least 23 underage victims abused by the site's users were reportedly rescued by law enforcement authorities of the U.S., Germany, Britain and others. 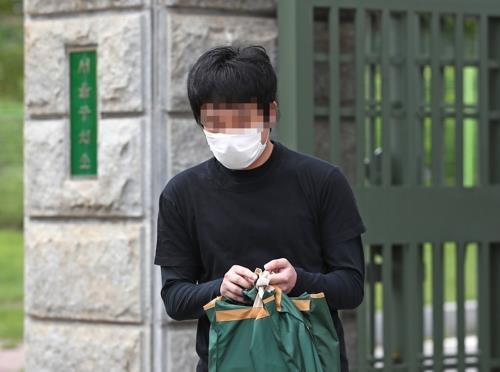