Yoon asked PPP Chairman Lee Jun-seok, who led a party delegation to the war-torn country over the past week, about his meeting with Ukrainian President Volodymyr Zelenskyy. 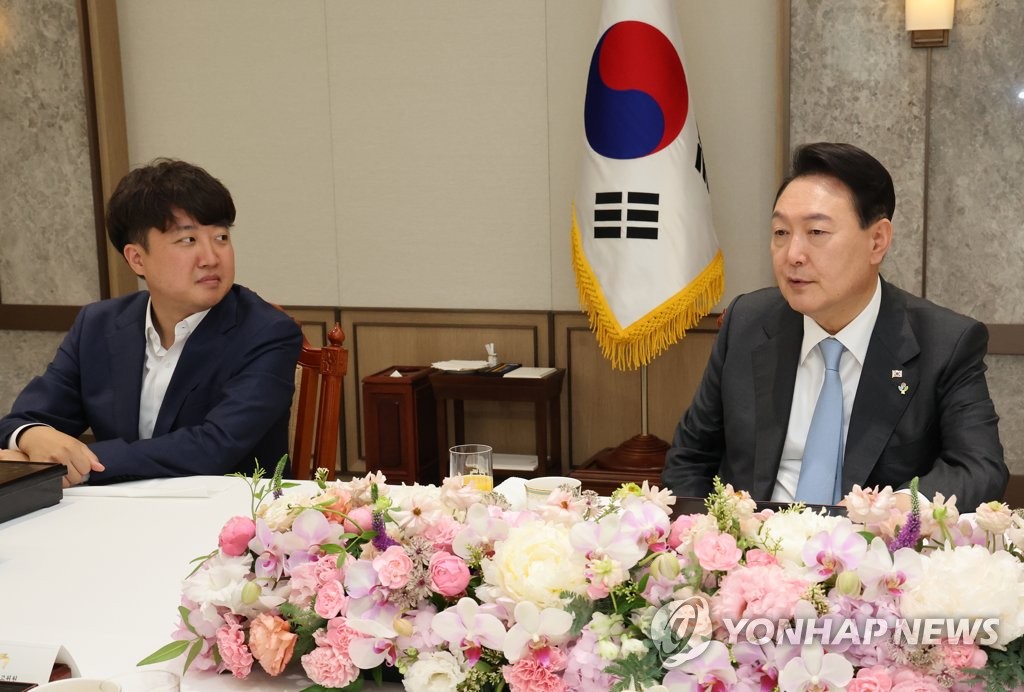 "If a decision could be reached quickly on the domestic and overseas legal issues pertaining to the various support systems (for Ukraine) ... and if you went as a special envoy, there would be more to do, but there still hasn't been a decision," Yoon told Lee as they met over lunch at the presidential office.

Lee described what he witnessed and learned while traveling and meeting with Ukrainian officials, including Zelenskyy.

He said he got the impression that any discussion of ending the war was still premature due to the "internal political situation."

"I think they're slowly gaining more confidence, but at the same time, they're desperate," Lee said.

"The Ukrainians knew what you had said during your inauguration address, such as the way you emphasized freedom, and there were high expectations, so we actually felt pressure," he added.

It was the first meeting between Yoon and ruling party leaders since the president took office exactly a month ago.