Park won the Best Director prize at the 75th edition of the film festival last month for his romance thriller "Decision to Leave." It was his third Cannes award following the Grand Prix for "Oldboy" (2003) and the Jury Prize for "Thirst" (2009).

For his performance in the drama "Broker," written and directed by Japanese auteur Hirokazu Kore-eda, Song became the first Korean to win Best Actor at Cannes.

"As a representative of Korean people, I think it is my duty to invite and entertain you, who made remarkable achievements at the Cannes Film Festival," Yoon said during the dinner held at the presidential office.

Also present at the dinner was veteran filmmaker Im Kwon-taek, who won Best Director with "Chihwaseon" at Cannes in 2002, and culture minister Park Bo-gyoon.

"The government's key policy toward the culture and art sector is not to intervene but to support," Yoon said. "If there is anything necessary to further develop the film industry, I will do my best to help you."

Earlier in the day, Yoon and first lady Kim Keon-hee saw "Broker" at a theater in Seoul. 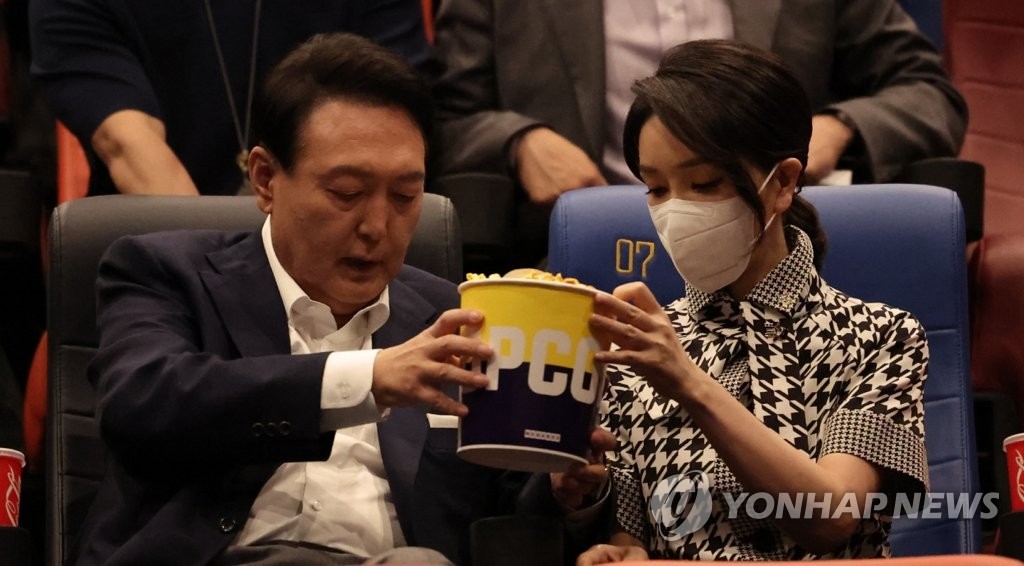