The remarks are widely seen as the latest verbal intervention to curb the won's weakness that has accelerated in recent months due to the prospect of the Federal Reserve's aggressive rate hikes.

The government and the Bank of Korea (BOK) will closely monitor the won's excessive volatility with a sense of special alertness, according to First Vice Finance Minister Bang Ki-sun.

"FX authorities will make efforts to prevent excessive one-side movements by the won amid sensitive market reactions," he said at an emergency meeting on macroeconomic conditions.

The government also said it plans to buy back more Treasury bonds this week in an effort to tackle a sharp hike in bond yields. 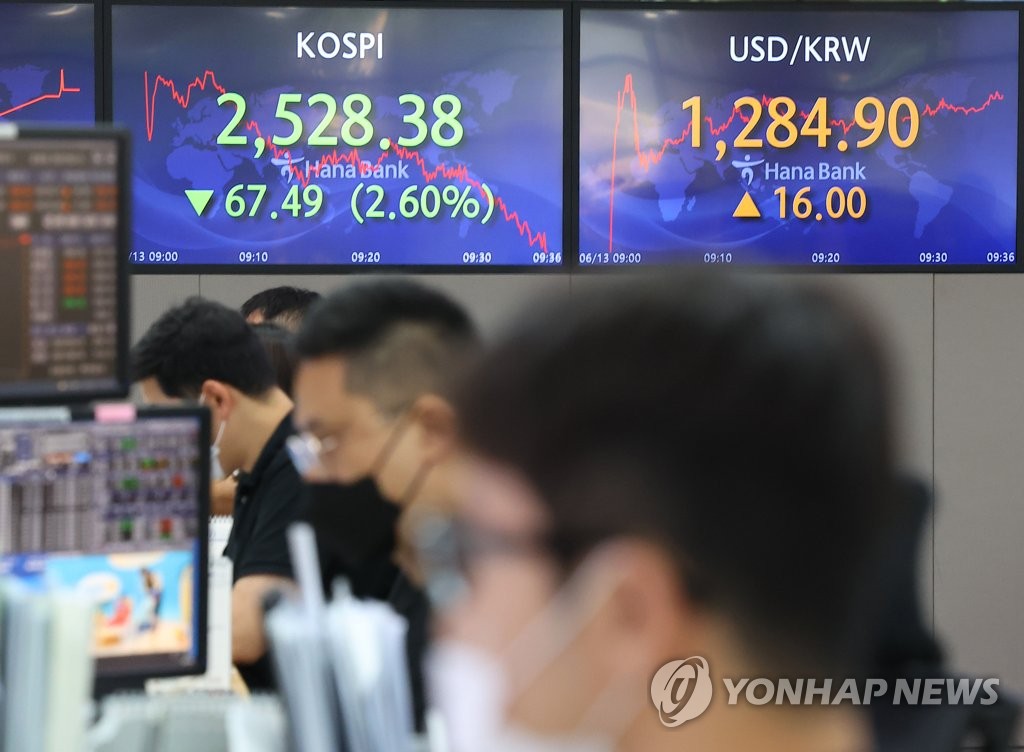 After the verbal warning, the Korean currency pared its earlier slide after it fell as much as 20 won to hit an intraday low of 1,288.90 won against the U.S. dollar.

The Korean currency ended at 1,284 won per greenback, down 15.1 won from the previous session. The won has fallen 7.4 percent against the dollar so far this year.

In May, U.S. consumer prices jumped 8.6 percent on-year, the fastest gain in 41 years. The European Central Bank hinted at its first rate hikes in 11 years in the coming months.

The Fed is scheduled to hold its policy meeting on Tuesday and Wednesday, when a 0.5 percentage-point "big step" hike is widely expected.

The BOK and the finance ministry have disclosed quarterly figures on net selling or buying of dollars in the foreign exchange market since the third quarter of 2019.