Samsung Electronics Vice Chairman Lee, who is currently on a business trip in Europe, met with Rutte at his office in the Hague, the Netherlands, to talk about ways to expand chip cooperation and solve global supply chain problems, according to Samsung.

He left for the Netherlands, Germany and France last Tuesday, his second overseas business trip in six months. In December, he visited the United Arab Emirates and Saudi Arabia to expand global networks and seek new business opportunities.

He was widely expected to visit Veldhoven-based ASML, one of Samsung's biggest chipmaking partners and the sole maker of extreme ultraviolet (EUV) lithography systems, which are essential to the production of advanced chips.

Samsung said Rutte showed great interest in a wide variety of innovative technology sectors, from ICT to e-health, and is keen to enhance cooperation with Samsung.

The Netherlands is an important market and home to many advanced semiconductor companies, such as ASML and NXP.

Lee's trip came two weeks after the South Korean tech giant announced a massive investment plan for the next five years to sharpen its competitiveness in the chip industry.

Samsung said it will invest 450 trillion won (US$355 billion) in semiconductor and biopharmaceuticals in the span of five years, 80 percent of which will be used for research and development and nurturing talent in South Korea, especially in advanced chipmaking.

In particular, the company said it will import the EUV machines at an early date, which it said "will give Samsung an advantage to make most advanced microchips."

He is set to return home Saturday. 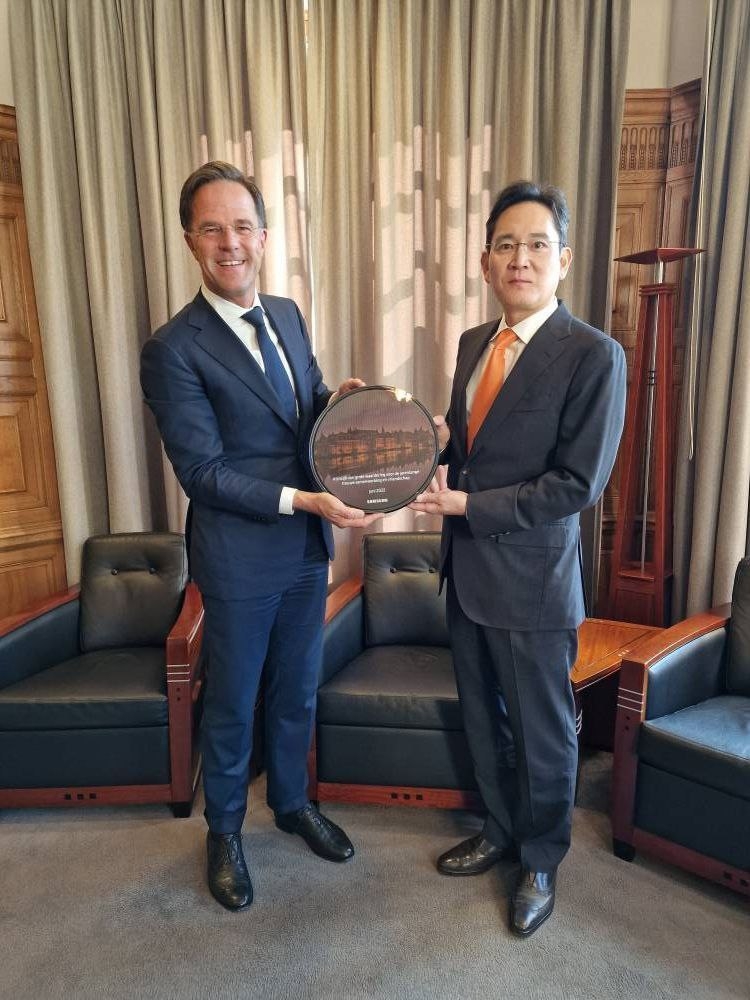