SEOUL, June 17 (Yonhap) -- First lady Kim Keon-hee met with the wife of former President Moon Jae-in in Seoul on Friday and held a friendly conversation, according to the presidential office.

Moon and his wife moved to Yangsan, 420 kilometers southeast of Seoul, following the end of the former president's five-year presidential term in May.

The meeting was the latest in a series of recent encounters between Kim Keon-hee and former first ladies. 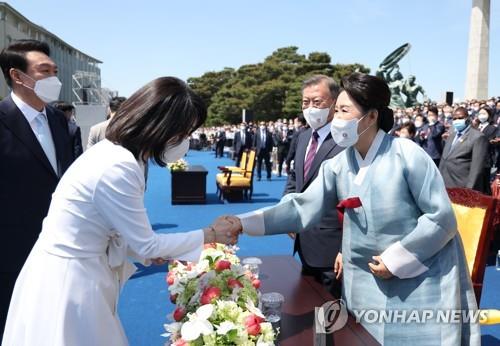