SEOUL, June 22 (Yonhap) -- South Korea's new COVID-19 cases came below the 10,000 mark for the 13th consecutive day Wednesday as omicron slows, while authorities confirmed the first monkeypox infection in the country amid concerns over an inflow of the rare disease.

The KDCA reported 11 deaths from the disease, putting the death toll at 24,474. The fatality rate stood at 0.13 percent.

The number of critically ill patients came to 64, down from 68 the previous day.

As of 9 p.m., the country had reported 7,053 new infections, down 1,499 from the same time a day earlier, according to local governments and health authorities.

Daily infections are counted until midnight and announced the following morning.

On the virus outlook, health authorities predicted the slowing pace in the omicron spread will reach its limit and the virus curve will maintain the current level for quite some time.

"Although the virus wave is slowing, the pace of the slowdown has also been weakening, so we expect that the current virus trend will continue without a further slowdown," Sohn Young-rae, a senior health ministry official said. 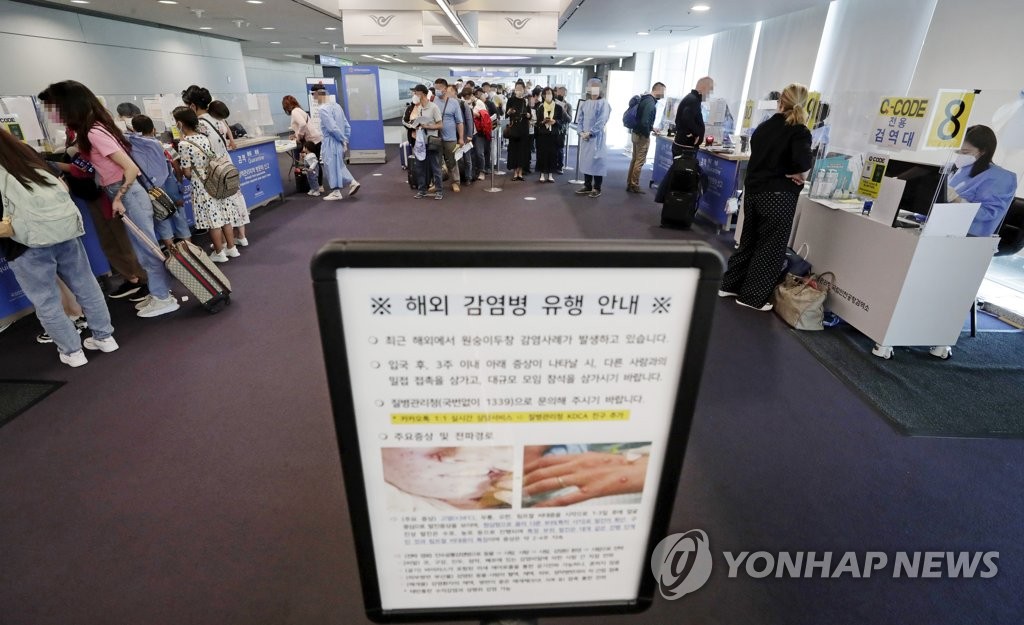 Meanwhile, the KDCA said that a South Korean national, who returned from Germany earlier this week, has tested positive for monkeypox, the first confirmed case in the country.

The unidentified individual was one of the two people who have been quarantined upon arrival after showing relevant symptoms, like a sore throat, rash, fever and exhaustion.

The second person, a foreigner who arrived here on Monday, has tested negative, the KDCA said.

The KDCA said it has elevated the infectious disease alert level by one notch to "cautionary" and will strengthen quarantine and other preventive measures.

South Korea classifies monkeypox as a Class 2 infectious disease that requires an immediate report from hospitals and private clinics when a suspected case is found. Potential patients must be quarantined.