The Korea Meteorological Administration (KMA) said the onset of the nation's annual rainy season will start Thursday, with torrential downpours in most of the country lasting until Friday.

The country's southern part, however, will witness heavy rainfall until Saturday, the KMA said.

The amount of precipitation this week is expected to be high, as high atmospheric pressure in the southern part of the North Pacific Ocean will instantly produce a lot of water vapor, the KMA said.

Another heat wave is expected to bear down on most parts of the country throughout the weekend into Monday, the KMA said. 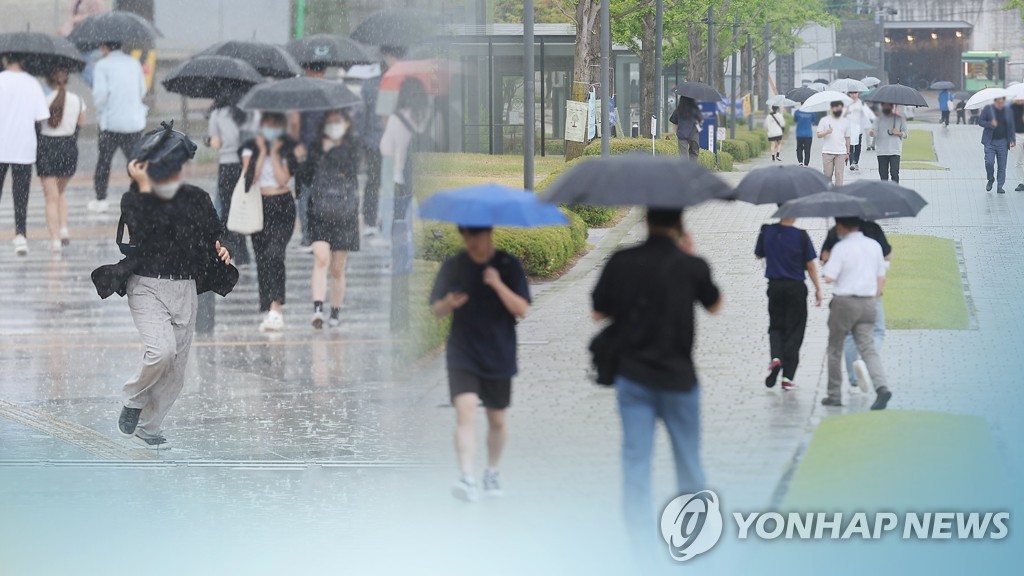