Cho died while under treatment at Asan Medical Center in southeastern Seoul, according to medical sources.

A graduate of Seoul National University, Cho served as deputy prime minister and finance minister between 1988-1990 and became the first publicly elected mayor of Seoul between 1995-1997 on the ticket of what is now the Democratic Party.

Cho earned a doctorate in economics at the University of California, Berkeley.

He started off his career as a Seoul National University professor in 1968 upon returning home from the U.S.

Two decades later, he was appointed finance minister, doubling as deputy prime minister for economic affairs, by then President Roh Tae-woo, opening up his second career path as a top-level government official.

He built a name for himself as an economics guru well versed in the Korean economy through more high-profile official posts, including governor of the Bank of Korea.

After expanding into politics, Cho also served as chairman of both the mainstream conservative and liberal parties in the late 1990s.

Between 1998-2000, Cho served as a lawmaker representing a constituency in his home city of Gangneung, 168 kilometers east of Seoul.

Since 2002, Cho had been an honorary economics professor at his alma mater Seoul National University. 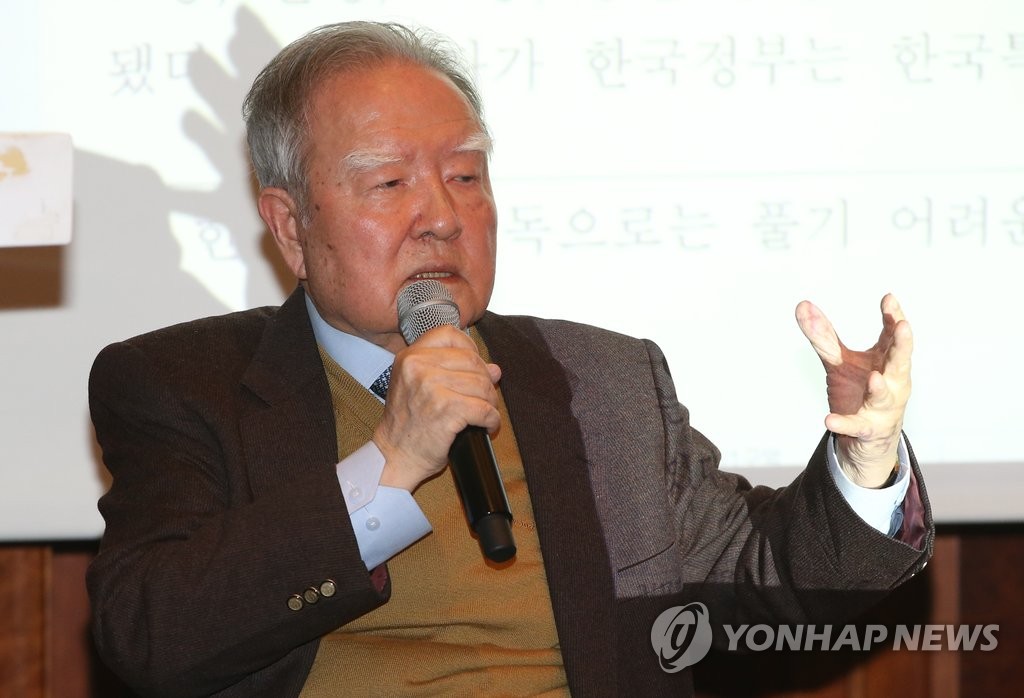