HJ Shipbuilding & Construction said it will build the 7,700 twenty-foot equivalent unit container vessels with liquefied natural gas duel-fuel engines at its shipyard in this southeastern port and deliver them to the undisclosed shipping company from late 2024.

If the option goes into effect, HJ Shipbuilding & Construction's container carrier order backlog would rise to 10 ships, with the value of this year's orders reaching 800 billion won ($616 million), or more than half its yearly target.

In April 2021, a consortium led by local builder Dongbu Corp. acquired a controlling stake in Hanjin Heavy Industries & Construction from the latter's creditors led by the state-run Korea Development Bank. 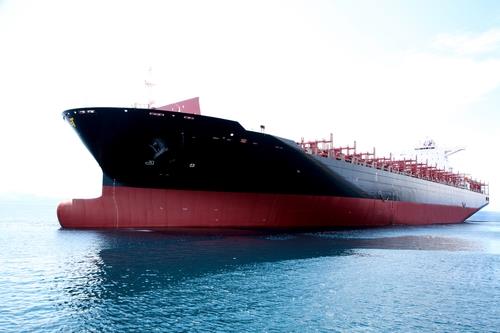