SEOUL, June 23 (Yonhap) -- The top military officers of South Korea and the United States held virtual talks on North Korea's military threats Thursday and agreed the allies' combined defense posture is "more solid than at any other time," according to Seoul's Joint Chiefs of Staff (JCS).

The talks between JCS Chairman Gen. Won In-choul and his U.S. counterpart, Gen. Mark A. Milley, came as concerns have grown about the possibility of Pyongyang conducting a nuclear test despite lingering tensions over a series of its earlier missile launches.

"The two countries' JCS chairs concurred that a series of North Korea's missile launches this year are a significant challenge threatening peace and stability not only on the Korean Peninsula but also in the Indo-Pacific region, and that the South Korea-U.S. alliance and their combined defense posture are more solid than at any other time," JCS said in a press release.

Won pointed out the possibilities of the North conducting an additional intercontinental ballistic missile (ICBM) launch or a nuclear test, and stressed the importance of close cooperation to display the allies' capabilities and will to respond "sternly" to possible provocations.

Milley reaffirmed that the U.S.' security commitment to the defense of South Korea remains "ironclad," according to JCS.

He also expressed his gratitude to the outgoing South Korean JCS chair for his contributions to the development of the alliance. 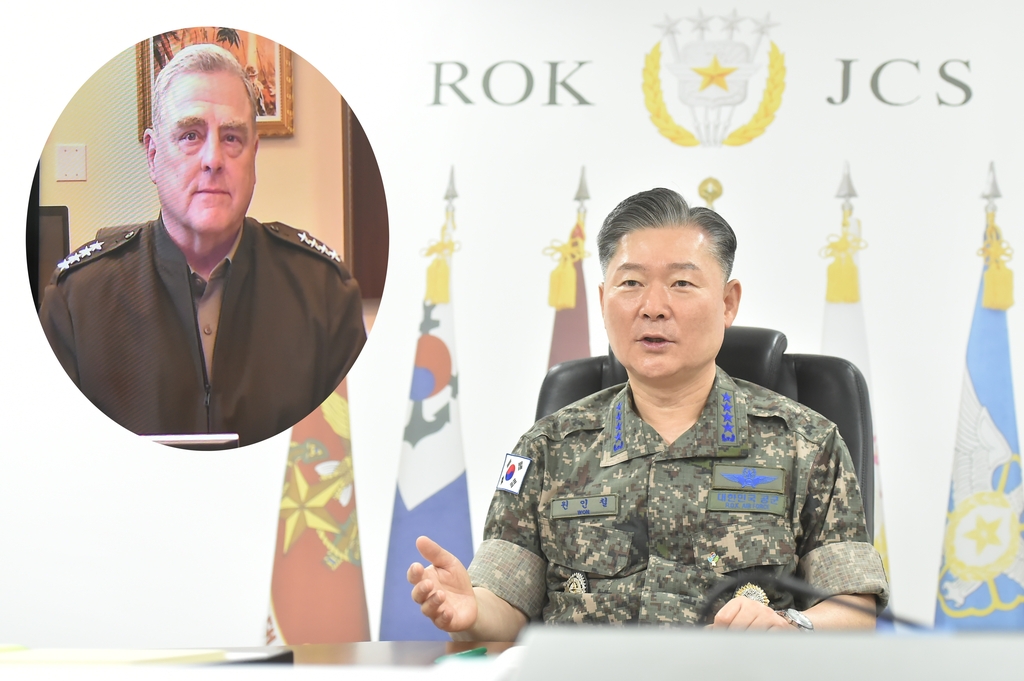