The task force involves associations of such key industry sectors as semiconductors, cars, steel and renewable energy resources, and major economic institutions, including the Korea Chamber of Commerce and Industry and the Korea International Trade Association.

During the inaugural meeting of the task force, Trade Minister Ahn Duk-geun shared the latest developments on the new initiative and listened to interests and concerns of the private sector, according to the Ministry of Trade, Industry and Energy.

The ministry said it will set up working groups on four major areas of the initiative -- fair trade, supply chain resilience, infrastructure and green technology, and tax and anti-corruption -- for in-depth discussions on a regular basis. 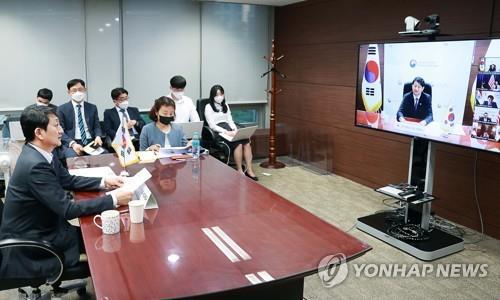