Hwang, the reigning 200m freestyle silver medalist, joined Kim Woo-min, Lee Yoo-yeon and Lee Ho-joon for the sixth-place finish in the men's 4x200m freestyle relay at the FINA World Championships at Duna Arena in Budapest on Thursday (local time). They set a new national record with a time of 7:06.93, breaking their own mark set merely hours earlier.

This was South Korea's first appearance in any relay final at the biennial world championships. 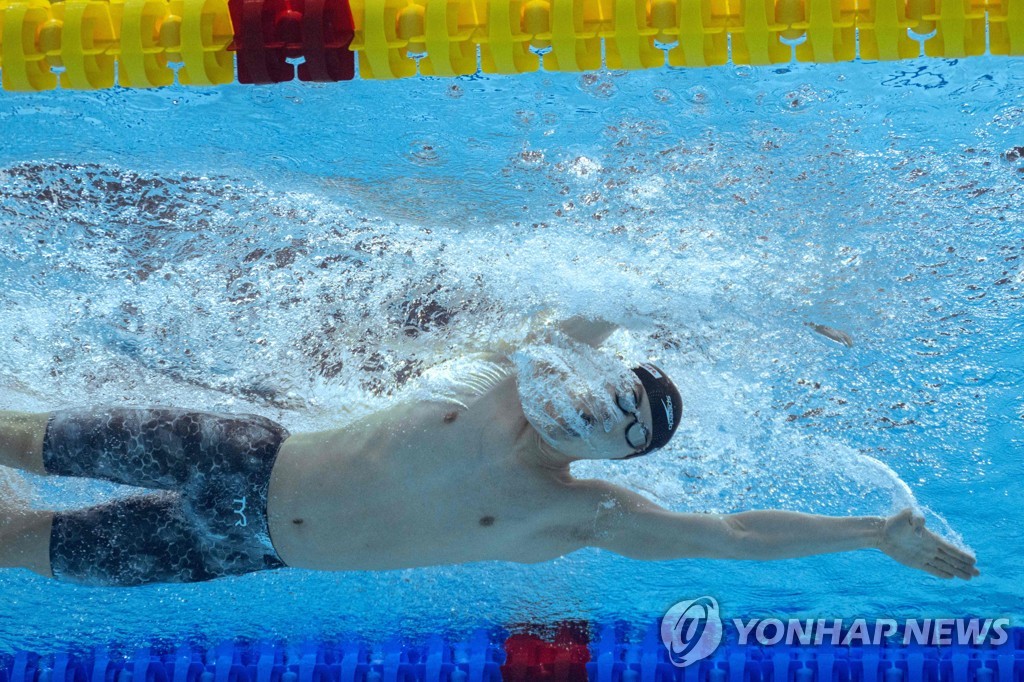 In the heats held earlier Thursday, the South Korean foursome finished fourth with 7:08.49, shattering their own, 13-month-old record by 2.96 seconds.

Then in the final, the quartet shaved 1.56 seconds from that mark.

By winning his 200m freestyle silver medal Monday, Hwang, 19, had joined Park Tae-hwan as the only South Korean swimmers to grab a medal at a world championships.

In the relay final, Hwang gave South Korea an early lead by covering the opening leg in 1:45.30.

Kim Woo-min, the next swimmer for South Korea, had the fifth-fastest time in the second leg with 1:46.57, but South Korea stayed in third place at the halfway mark. 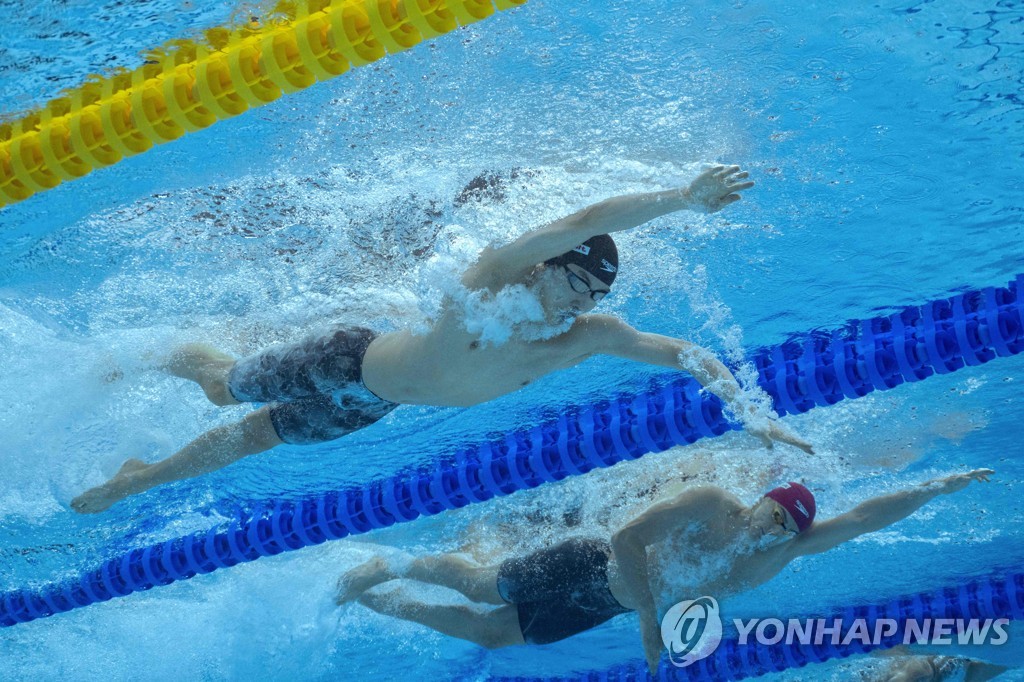 South Korea slipped to fourth after Lee Yoo-yeon's 1:48.28 in the third leg. Lee Ho-joon took care of the home stretch in 1:46.78 as the four teammates set a national record for the second time in one day.

This South Korean quartet trained for six weeks in Australia from late April to early June, under the tutelage of Ian Pope, who had produced Olympic gold medalists and world champions such as Grant Hackett and Michael Klim

The special training camp was set up to help prep the relay team not just for the worlds, but for the Asian Games scheduled for September in Hangzhou, China. However, on May 6, the Asian Games were postponed indefinitely due to effects of the COVID-19 pandemic. 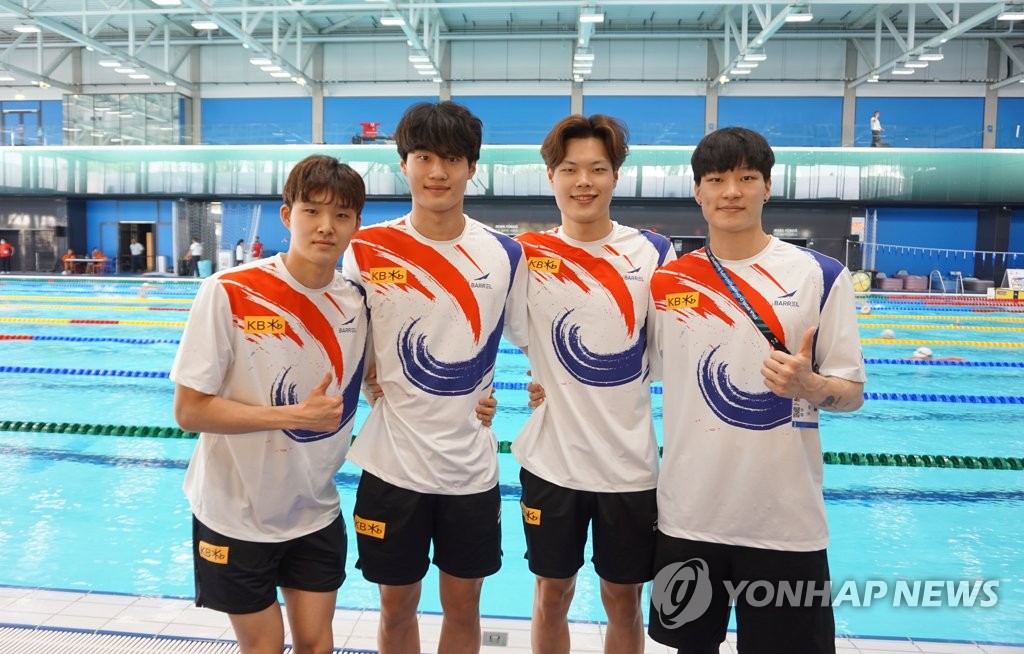 The team kept its focus solely on the world championships, and the camp paid major dividends. In addition to setting two national records, Hwang and Co. beat China, the only other Asian team in the final, by a full four seconds.

This brightens South Korea's hopes for its first swimming relay gold medal at the Asian Games. 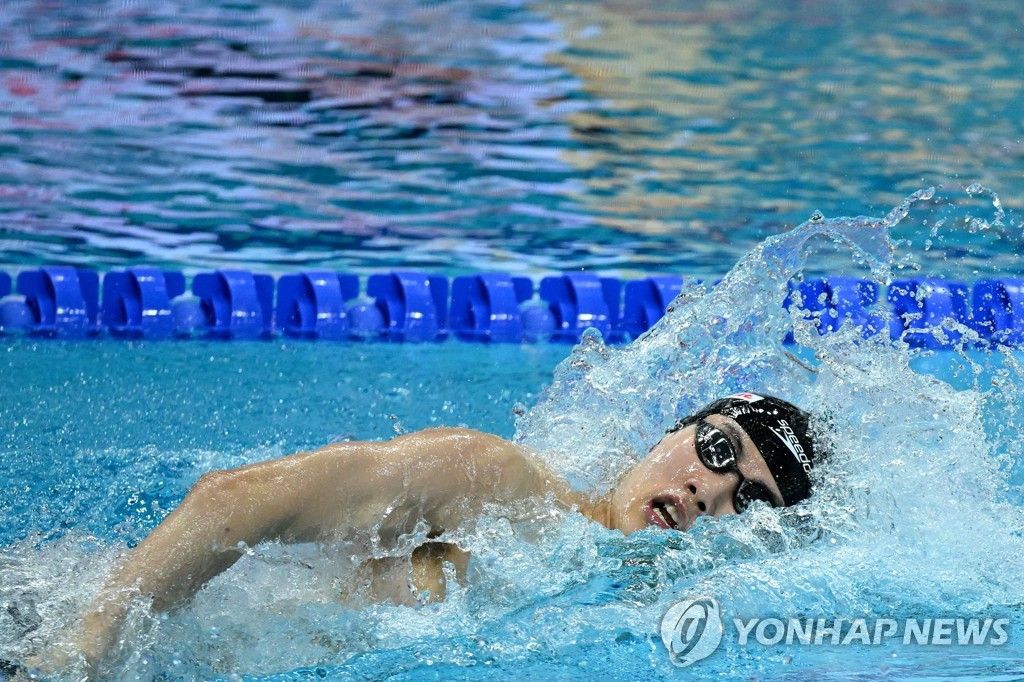 In the 100m freestyle on Tuesday, Hwang initially missed out on the semifinals after finishing tied for 17th in the heats, with only the top 16 advancing. A spot opened up for Hwang in the semifinals when Caeleb Dressel of the United States withdrew for unspecified medical reasons. But Hwang, the first alternate, finished in 11th, as the top seven moved on to the final.

In the 4x100m freestyle relay heats on Saturday, Hwang teamed up with Lee Yoo-yeon, Kim Ji-hun and Kim Min-joon for a new national record of 3:15.86. The team still failed to reach the final. 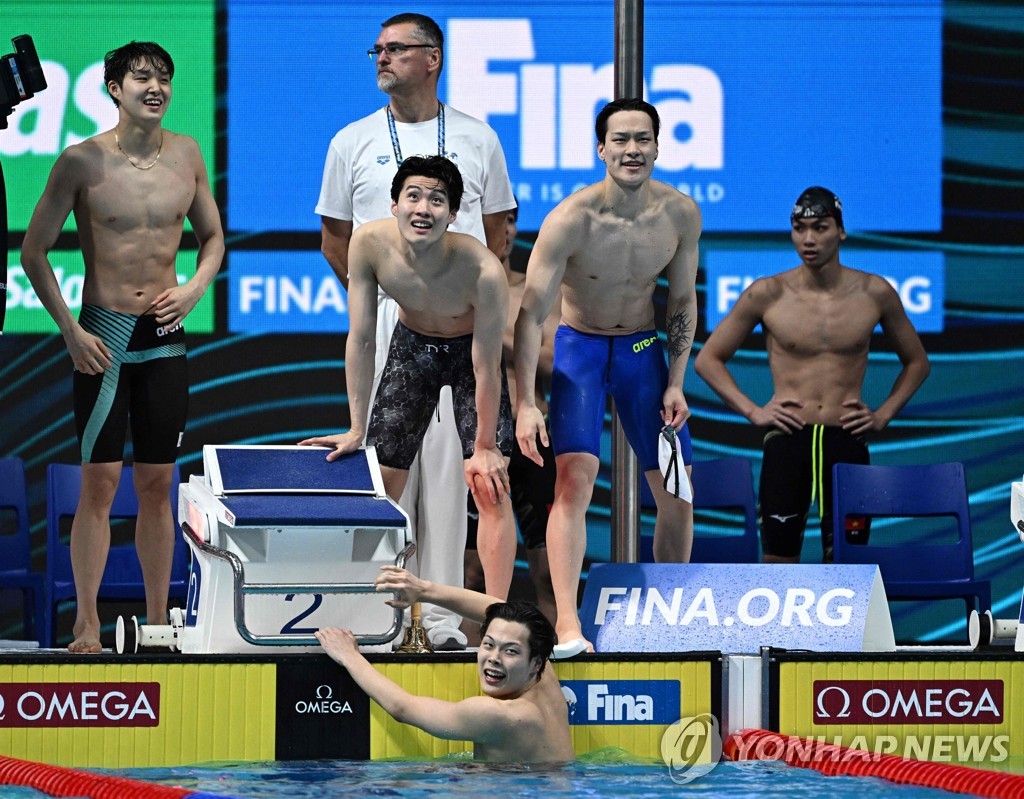