SEOUL, June 24 (Yonhap) -- President Yoon Suk-yeol said Friday that a revision to the 52-hour legal work week has not been officially decided by the government yet.

Labor Minister Lee Jeong-sik told reporters a day earlier that the government will consider revising the 52-hour work week system in a way that will allow employers and workers to flexibly spread the hours over a period of a month.

"The deputy prime minister apparently collected the suggestions of people from private research associations and such and told the labor ministry to look into the flexibility of the labor market," Yoon told reporters as he arrived for work. "It wasn't announced as the official position of the government yet."

The 52-hour work week was introduced in 2018 during the previous administration of Moon Jae-in, but has been criticized by some for failing to meet the needs of both businesses and workers.

In announcing its economic policy direction last week, the Yoon government said it would push for structural reforms in five major sectors, including the labor market and education sector, and outlined plans to introduce flexibility to the 52-hour work week. 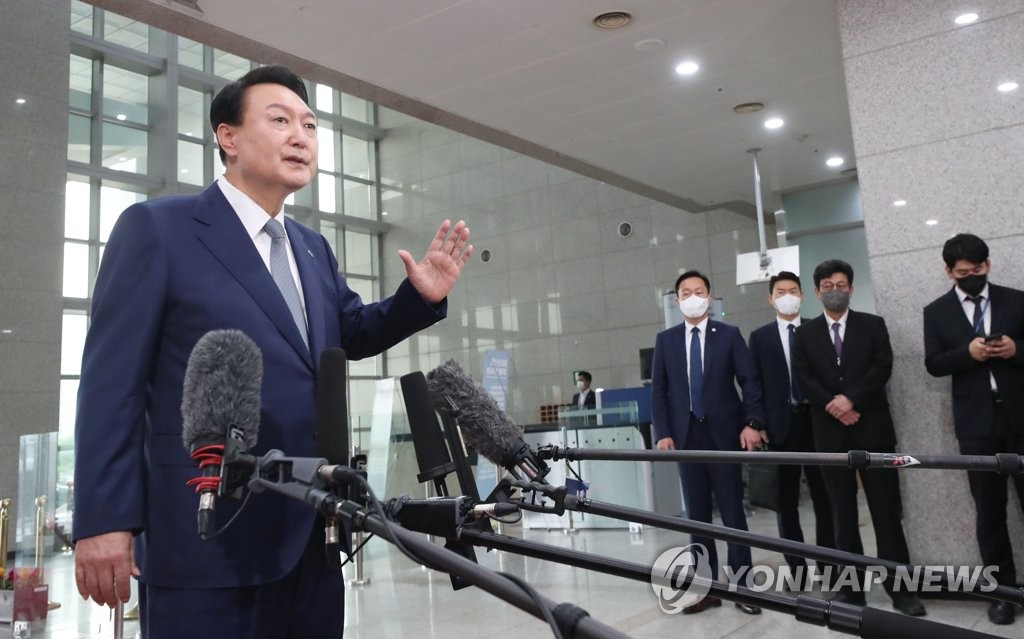 "Concerns are rising among people over the possible realization of a 120-hour work week mentioned by President Yoon Suk-yeol," DP's spokesperson Shin Hyun-young said, referring to remarks Yoon made as a presidential candidate last year that people should be allowed to work intensively one week and rest freely later.

The Justice Party said the plan will bring a society where people "die from work."