SEOUL, June 24 (Yonhap) -- Seven out of 10 South Koreans believe the government should only provide non-military aid to Ukraine, a survey showed Friday.

In the survey of 1,000 people aged 18 or above conducted by Gallup Korea from Tuesday to Thursday, 72 percent said the government of President Yoon Suk-yeol should only send medical, food and other non-lethal aid.

Only 15 percent said the government should also provide weapons.

The survey also showed that 69 percent of respondents are willing to fight if a war breaks out on the Korean Peninsula. Another 22 percent said they will not participate in a war and the remaining 9 percent did not give an answer.

The survey has a margin of error of plus or minus 3.1 percentage points at a 95 percent confidence level. 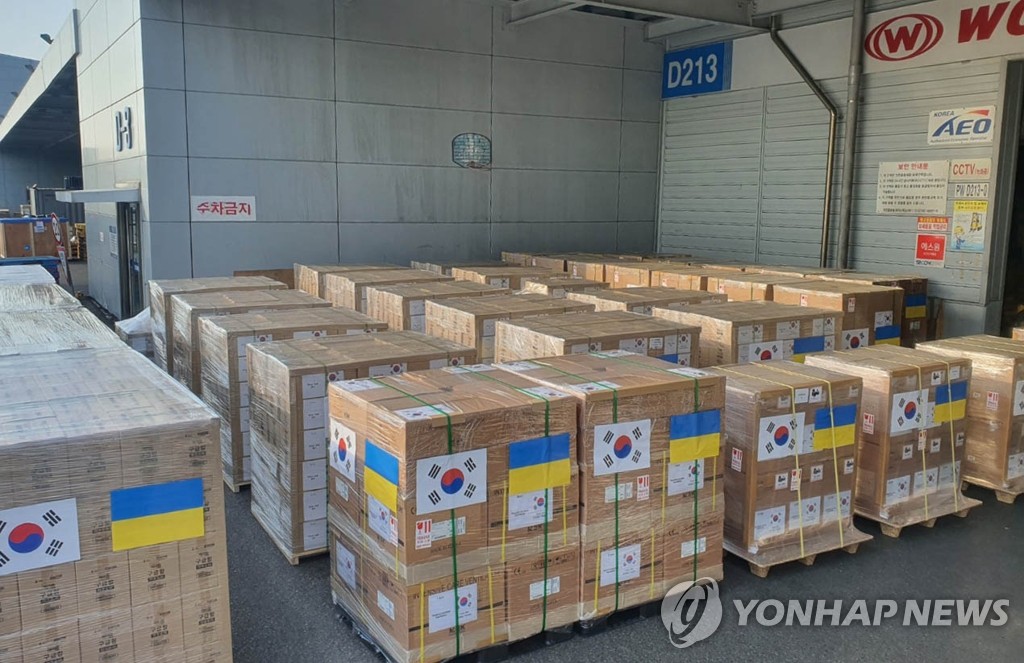