"A decline in international oil prices could offer a breather to rising inflation, given the surge in consumer prices is mainly driven by external factors. But we expect high inflation will continue for a certain period of time," Finance Minister Choo Kyung-ho said in a televised economic panel discussion.

The minister said the government puts stabilizing volatile consumer prices before anything else and will take all possible measures to keep inflation under control.

Rising consumer prices are cementing the case for further interest rate hikes by the Bank of Korea (BOK).

The central bank raised the policy rate by a quarter percentage point to 1.75 percent in May, the fifth rate increase since August last year. It has warned of more increases to flight inflation.

As for the falling won against the U.S. dollar, the minister said the won is not the only currency whose value is plunging against the greenback.

"It is not our own crisis factor," he said.

The 1,300-won level is a symbolic resistance level that has not been seen since the 2008-09 global financial crisis.

"If the won falls further, the authorities will take action," he said, indicating that such action could be a verbal intervention or smoothing operation, in which the BOK injects dollars into the market to support the won's value.

In May, the country's consumer prices jumped 5.4 percent on-year, the fastest rise in almost 14 years and a pickup from a 4.8 percent spike in April.

The finance ministry recently revised up its 2022 inflation outlook to a 14-year high of 4.7 percent, far higher than its December estimate of 2.2 percent. 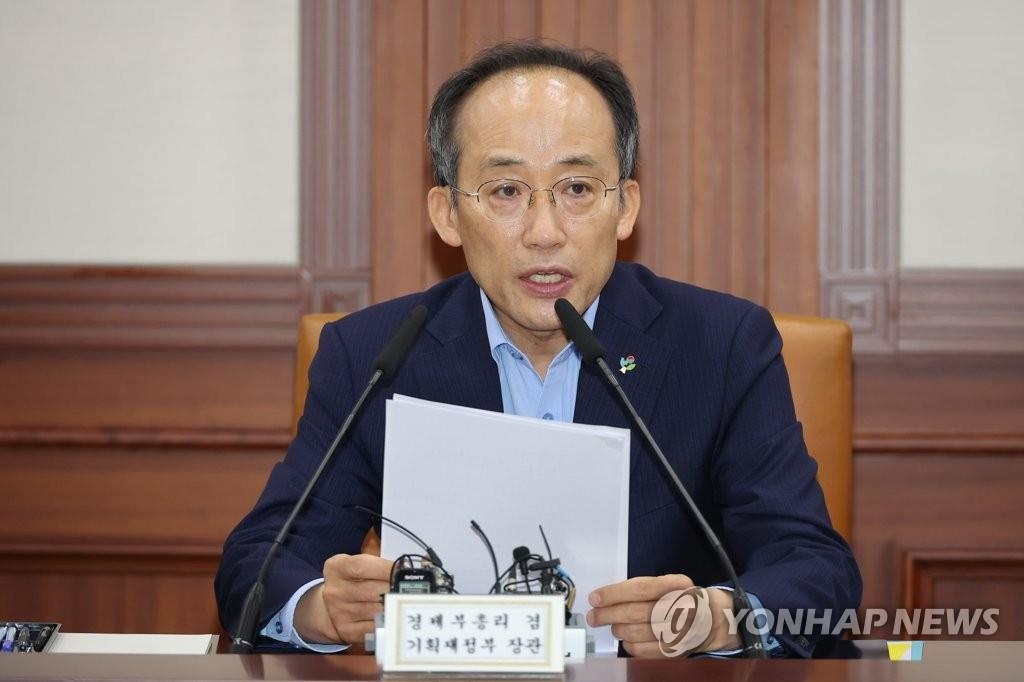