Yoon was scheduled to meet with NATO Secretary-General Jens Stoltenberg in Madrid, one day ahead of the NATO summit involving the organization's 30 member states and nine global partner nations.

The meeting was pushed back, however, as Stoltenberg's meeting with the leaders of Finland, Sweden and Turkey ran longer than planned amid Turkey's opposition to the two Nordic countries' bid to join NATO, a presidential official said.

"It's unclear whether (Yoon's meeting) will be rescheduled to tomorrow or Thursday, but for now, it's been postponed," the official said. 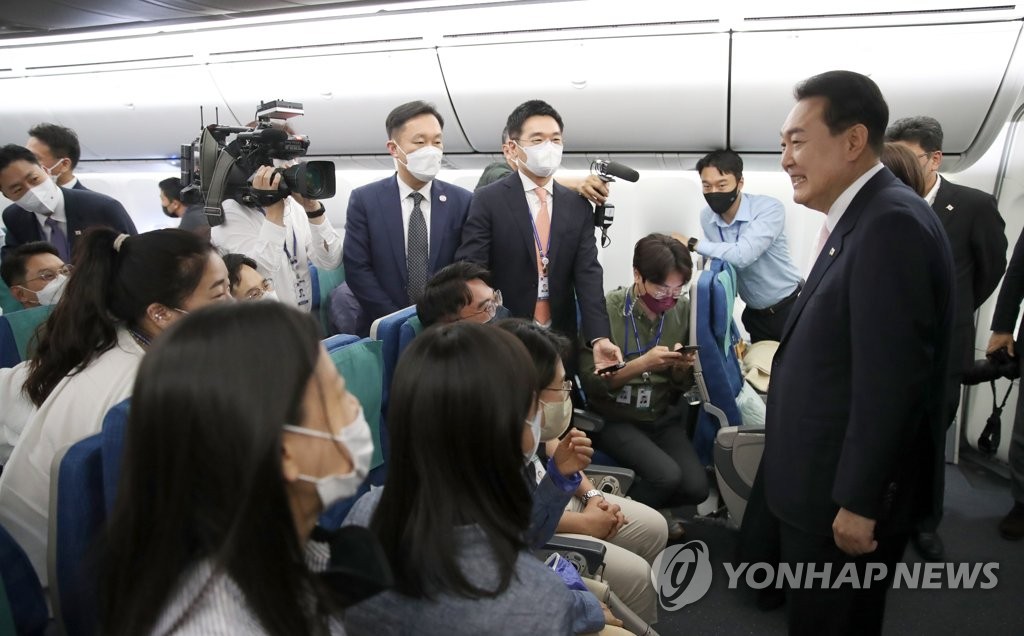