MADRID, June 30 (Yonhap) -- President Yoon Suk-yeol met with the chief of the North Atlantic Treaty Organization (NATO) on Thursday and discussed South Korea's plans to enter into a new partnership agreement with the organization and open a mission to NATO in Belgium, his office said.

During the meeting, which took place on the sidelines of the NATO summit in Madrid, Yoon and NATO Secretary-General Jens Stoltenberg assessed the cooperative relationship between South Korea and NATO since their establishment of a global partnership in 2006.

"President Yoon said he hopes bilateral cooperation will increase following the signing of the new partnership in the second half of this year and that bilateral communication will be further institutionalized following the opening of South Korea's mission to NATO," the presidential office said.

Stoltenberg said he welcomes Yoon's participation in this week's NATO summit, calling it a historic event, and promised to work to further strengthen and develop the bilateral relationship, the office said. 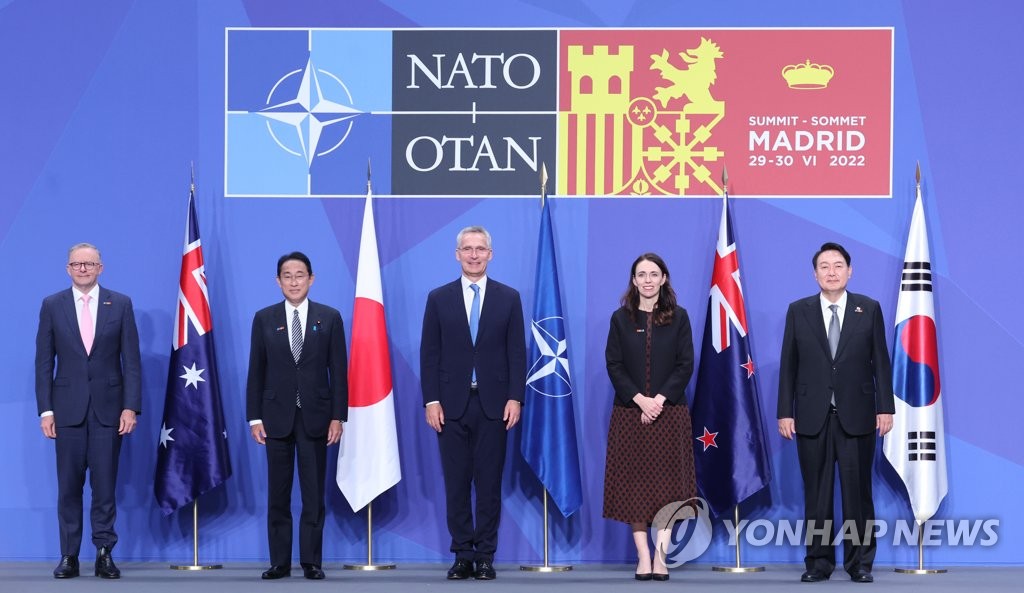