SEOUL, July 1 (Yonhap) -- President Yoon Suk-yeol said Friday he believes South Korea and Japan should discuss past and future issues simultaneously to overcome the disputes that have plagued their relations in recent years.

Yoon made the remark to reporters on Air Force One en route home from Spain where he attended the North Atlantic Treaty Organization summit this week and had multiple encounters with Japanese Prime Minister Fumio Kishida on the sidelines.

"I have stressed that historical issues and issues about the two countries' future should all be placed on one table and resolved together," the president said.

"We must reject the approach that without progress between the two countries on historical issues, there can be no discussion on current and future issues," he continued. "They can all be discussed together, and I believe that if South Korea and Japan can work together for the future, historical issues will also be resolved for sure."

Relations between South Korea and Japan have suffered in recent years due to disputes stemming from Tokyo's 1910-45 colonial rule of the Korean Peninsula, including the issues of wartime sex slaves and forced labor.

Yoon has expressed a commitment to improving the badly frayed relations.

After meeting Kishida for the first time in Madrid, he told reporters he came away confident that the prime minister would become a "partner" in resolving issues between the two countries and developing bilateral ties. 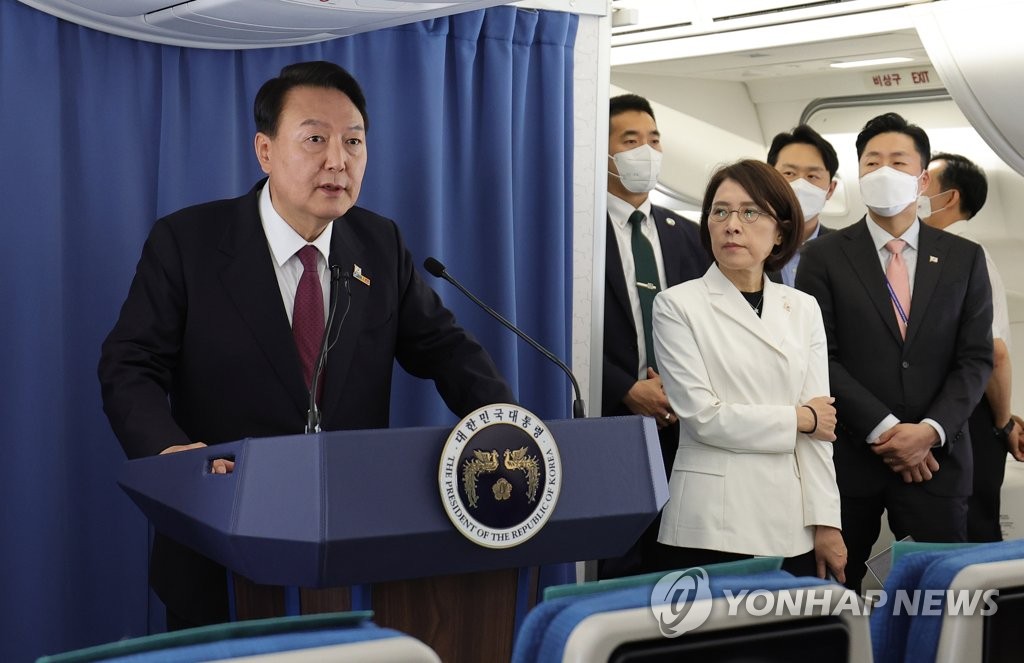