SEOUL, July 15 (Yonhap) -- As much as he enjoyed the taste of Korean barbecue Thursday night, courtesy of his South Korean teammate Son Heung-min, what Tottenham Hotspur goalkeeper Hugo Lloris cherished more was simply the time spent with the boys.

"It was the moment that we shared. It's good sometimes to have a moment for players," Lloris said at a press conference in Seoul on Friday, the eve of Spurs' preseason match against Sevilla FC at Suwon World Cup Stadium in Suwon, 35 kilometers south of Seoul. Tottenham had defeated Team K League 6-3 on Wednesday to kick off their summer trip to Sonny's country. 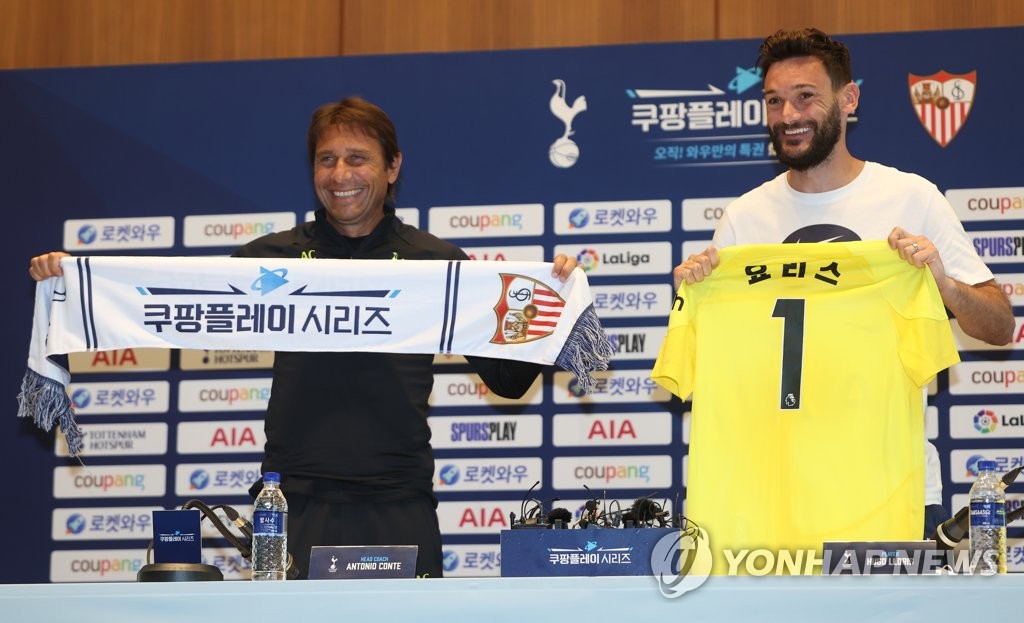 "Especially during this time, I think we try to be available as much as possible for sponsors and fans, and focus on tough (training) sessions. (The team dinner) was just a moment to switch off a little bit," Lloris added.

Earlier in the day, Tottenham's official Twitter page uploaded photos of Son and a few of his teammates at a barbecue restaurant. It was indeed a rare moment together for Tottenham players, who went right back to work for a morning training session in Seoul, with another coming up later in the evening.

The French goalkeeper signed for Tottenham in August 2012 and he said he can't wait to begin his 11th season in North London, especially with Spurs having bolstered their squad with five signings in the summer to prepare for a gauntlet of four competitions: the Premier League, the Carabao Cup, the FA Cup and the UEFA Champions League.

"We want to be even more competitive than last year in all the competitions we will be engaged," he said. "I think we're going to start the season with a lot of ambition, but also humility and respect. We know how important it is to be conditioned for high-level football. We try to be as fit as possible. There's a lot of excitement for the new season." 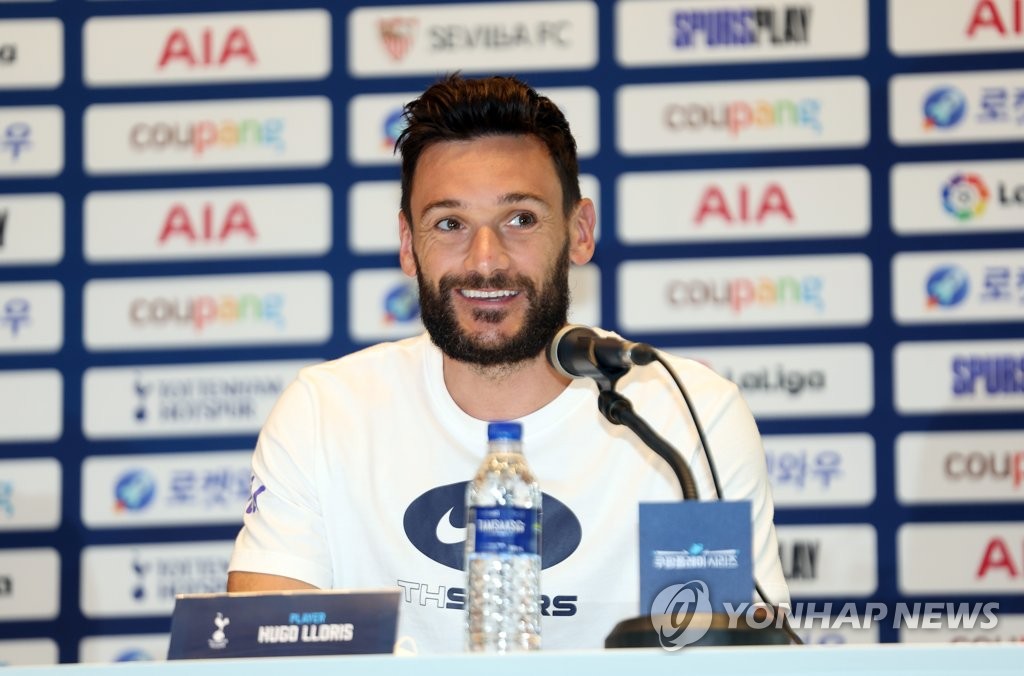 One of the new arrivals is a fellow Frenchman, former FC Barcelona defender Clement Lenglet.

"I think he is a modern defender, capable of playing from the back. He has a great left foot. He can also be strong one-on-one and in the air," Lloris said of his countryman. "He has to adapt to the intensity of the game in the Premier League. But he is a high-level player and has a great personality. I am sure he will adapt well to the team. He's the kind of player that's always going to help the team, by his experience playing at a high level in a club like Barca."

Son was brought in off the bench about a couple of minutes into the second half in Wednesday's game. Conte later said it had been by design, so that Son would receive a rousing ovation from the sellout crowd of 64,100 at Seoul World Cup Stadium as he walked on to the field. Also, Conte had given the starting assignment to players who had begun their preseason work earlier than others. 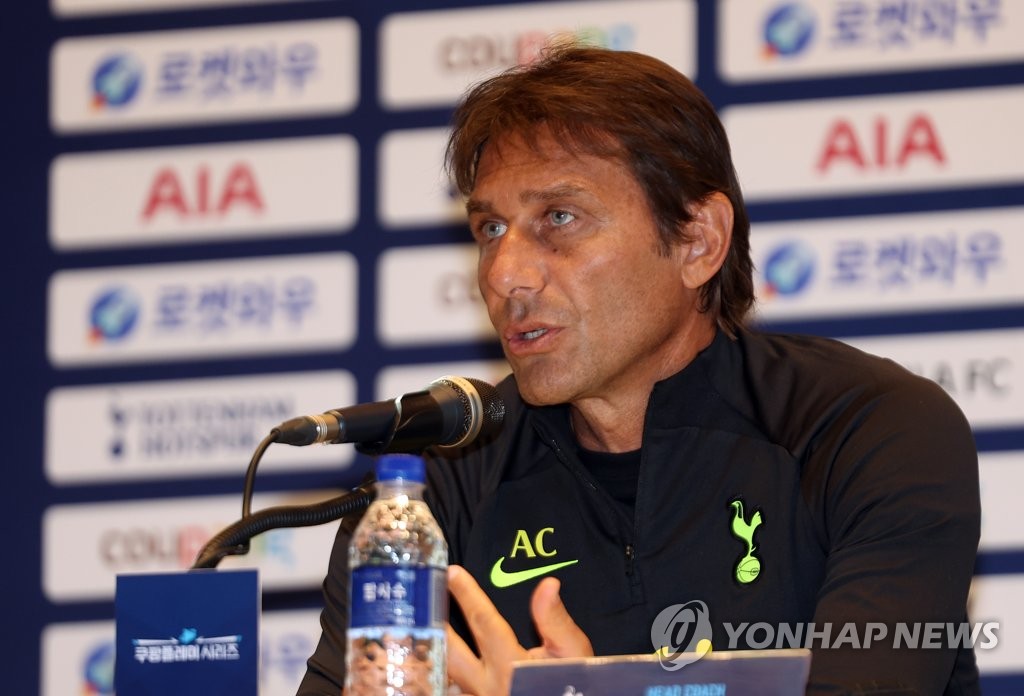 Conte said he will also make other changes to his starting lineup, in addition to inserting Son.

"The preseason is very important because in this period, we have the opportunity to work much more than during the season," Conte said, adding that his job is to get his players ready in "physical, tactical and mental aspects."

"At the same time, we're enjoying our time in Korea. The country is beautiful," the coach added. "It's amazing to see passion from a lot of our fans." 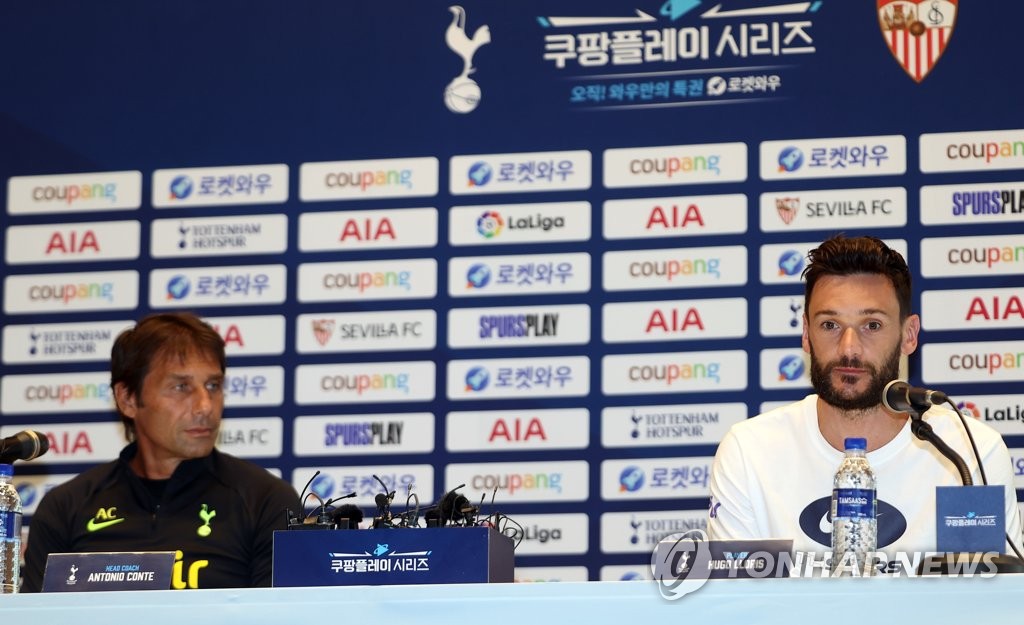