SEOUL, July 20 (Yonhap) -- Source Music, which manages rookie girl group Le Sserafim, said Wednesday it has recently terminated an exclusive contract with member Kim Ga-ram, who is embroiled in a controversy over bullying allegations against her, and decided to run it as a five-member group.

"We extend our sincere apologies to our fans, and to those who have shown love and support to the group for causing concern over the controversy involving the member," the agency said in a statement. "Le Sserafim will continue its activities as a five-member group."

Le Sserafim made its debut in May, drawing wide attention from the music industry as the first girl group under Hybe, the entertainment company behind K-pop supergroup BTS. But the girl group has been dogged by allegations that its member, Kim, bullied a school classmate in 2018.

The agency denied the allegations, but, as the controversy continued, it announced a temporary suspension of Kim's activities three weeks after her debut. 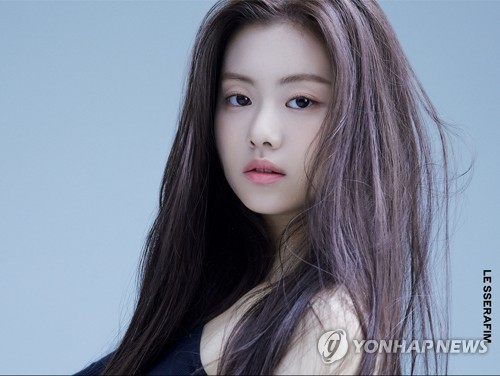