SEOUL, July 28 (Yonhap) -- A homegrown historical film about a famous naval battle by Adm. Yi Sun-sin against an invading Japanese fleet in the 16th century has topped the South Korean box office on the first day of its release, data showed Thursday.

"Hansan: Rising Dragon" pushed down "Minions 2" to No. 2 to debut atop the daily chart with 386,000 admissions Wednesday, according the box office tally from the Korean Film Council. The figure accounts for nearly 60 percent of the total number of tickets sold during the day.

The Korean sci-fi action fantasy "Alienoid," the first of the big four Korean films to open for the summer peak season, fell to No. 4, selling only 63,000 tickets.

Directed by Kim Han-min of "Roaring Currents" (2014), "Hansan" recounts the Battle of Hansan Island off the southern coast of Korea in July 1592, when Yi defeated the larger Japanese force through intelligent tactics and with the use of his signature turtle battleship "Geobukseon."

Starring Park Hae-il and Byun Yo-han, the film is the prequel to the 2014 hit by the same director, which became the most-viewed film of all time in South Korea, seen by more than 17 million people. 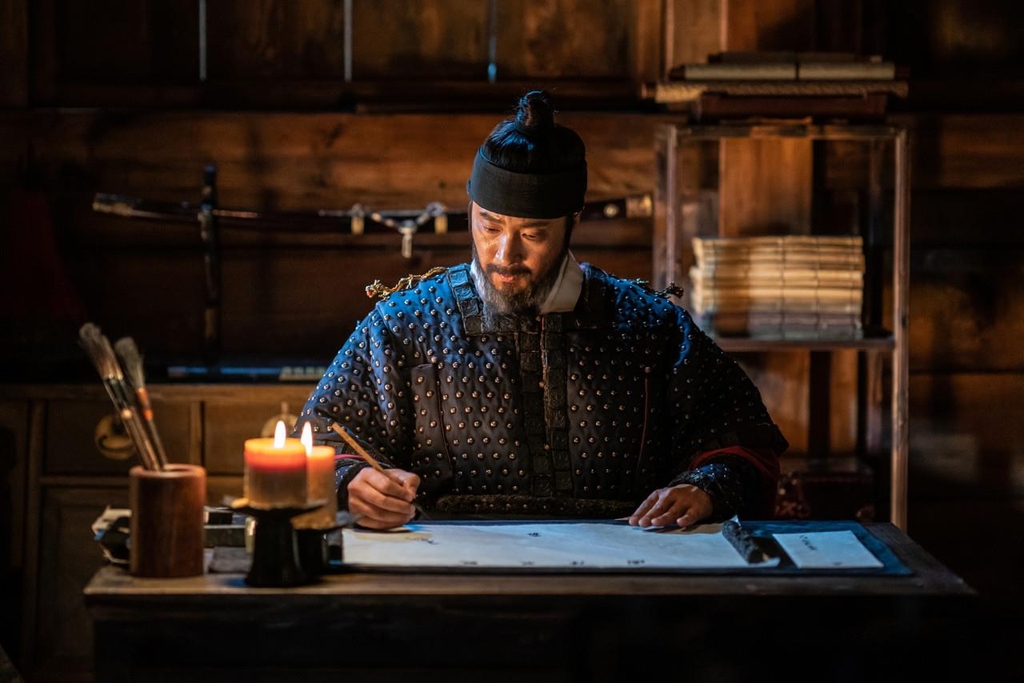