SEOUL, July 28 (Yonhap) -- Nearly 1.4 million people have visited the former presidential compound of Cheong Wa Dae since it opened to the public on May 10, data showed Thursday.

A total of 1,396,859 people, including 5,055 foreigners, visited the complex in central Seoul through Wednesday since its public opening, according to data from the Cultural Heritage Administration (CHA) submitted to Rep. Kim Seung-su of the ruling People Power Party.

The figure is far bigger than the number of visitors to the Gyeongbok and Changdeok palaces of the Joseon Dynasty (1392-1910), some of the most popular tourist attractions in the capital, recorded over the past year.

More than 89 percent of visitors were satisfied with tours of Cheong Wa Dae, with 87.5 percent willing to recommend the program to other people, according to a poll of 1,000 visitors conducted by the CHA from June 22-26.

Kim said Cheong Wa Dae can become one of the most popular spots for foreign visitors, adding he will work to preserve and create more content related to the complex.

Cheong Wa Dae had been the presidential office and residence for the past 74 years before Yoon relocated the top office to the former defense ministry building in Yongsan in central Seoul. 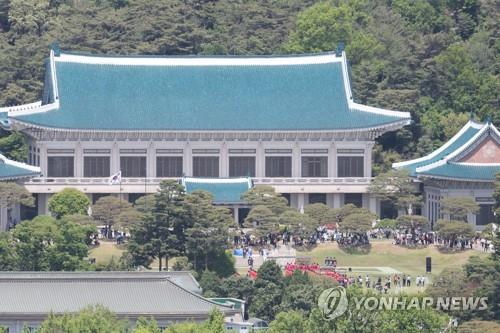