SEOUL, Aug. 1 (Yonhap) -- President Yoon Suk-yeol has decided not to travel to provincial regions for this week's vacation and will instead remain in Seoul to mull how to navigate through the current political turmoil, officials at the ruling party and the presidential office said Monday.

The decision came as Yoon's approval ratings have been unusually low -- below 30 percent in some surveys -- for a president less than three months in office, as the economic situation worsens and leadership turmoil deepens at the ruling People Power Party.

Yoon is taking five days off starting Monday for vacation.

"I understand that President Yoon and first lady have decided not to go down to the provinces during this vacation," said an official at the presidential office.

Another official said, "Basically, the economy is struggling, concerns about COVID-19 resurgence are growing and the party is in disarray. The president is not in a situation where he can spend his vacation relaxed at a vacation retreat."

While staying at home, Yoon is expected to listen to opinions from people from various circles, according to the officials.

Yoon's approval rating sank below 30 percent in the wake of the embarrassing disclosure of a controversial text conversation with the ruling party floor leader.

Last week, PPP floor leader Kweon Seong-dong apologized after a text conversation he had with Yoon was caught on camera, in which Yoon was seen backbiting about suspended party chief Lee Jun-seok.

"President Yoon thinks that the confusion of the party should be resolved quickly," another presidential official said, adding Yoon's top priority is how to soothe public sentiment.

Before leaving for vacation, Yoon instructed aides to make sure to deal thoroughly with a resurgence of COVID-19 infections, ensure public safety during vacation and try to allay concerns about surging prices ahead of the Chuseok fall harvest holiday, the presidential office said.

Last Friday, Yoon presided over a virus response meeting and called for efforts to minimize serious cases of COVID-19 and related deaths while continuing the push for a return to normal. Yoon also instructed the government to let people know about the virus situations in detail on a daily basis, the office said. 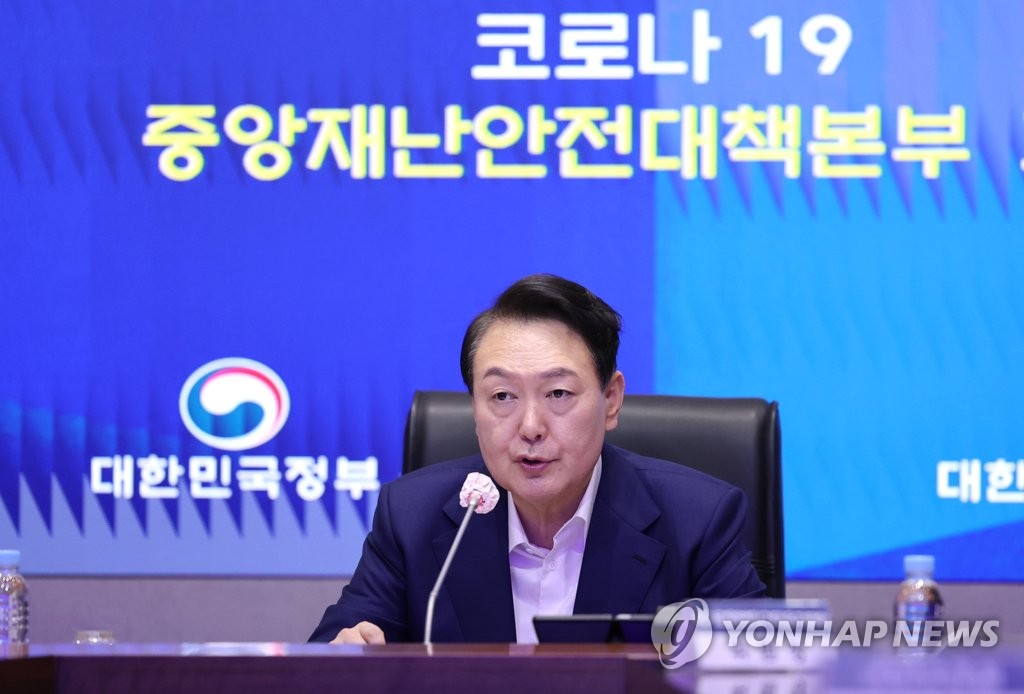