Lee met with Alondra Nelson, acting director of the White House Office of Science and Technology Policy, in Washington on Monday (U.S. time) and discussed the need to strengthen the countries' technology alliance based on agreements of a bilateral summit held in May, the science ministry said. 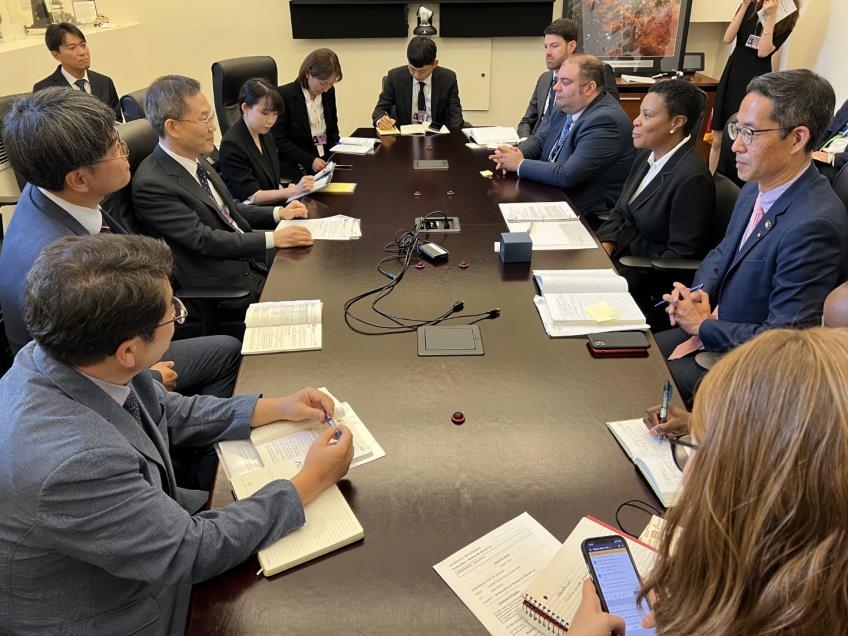 According to the ministry, Nelson said she was pleased with recent semiconductor investment plans announced by Samsung Electronics Co. and SK hynix Inc. in the U.S., and Lee asked for the U.S. government's interest and support for the two companies.