Choi, once subject to trade speculation, stayed put with the Rays when the deadline passed Tuesday (U.S. time). But in the first game after the deadline, Choi batted 0-for-3 with two strikeouts in Tampa Bay's 3-1 loss to the Blue Jays at Tropicana Field in St. Petersburg, Florida.

Both of Choi's strikeouts came against Blue Jays starter Kevin Gausman, who tossed eight shutout innings and allowed just one hit while striking out 10. 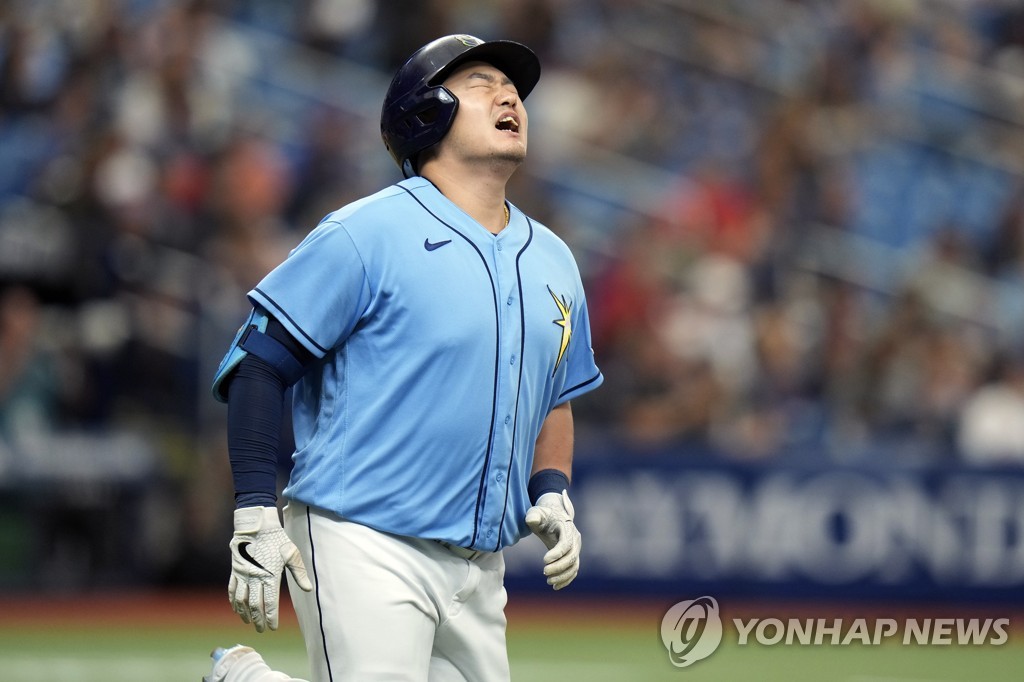 The Rays' lone run came in the bottom of the ninth, on Taylor Walls' solo home run off closer Jordan Romano, who then retired the next three batters to close out the win.

A report out of Houston over the weekend claimed that the Rays and the Houston Astros had discussed a trade involving Choi and Astros pitcher Jose Urquidy. The Astros were seeking an upgrade at first base, and Choi, who has great on-base skills and provides strong defense, seemed to be a good fit.

The Astros, though, acquired another first baseman from a different team on Monday, getting Trey Mancini from the Baltimore Orioles in a three-team trade that also involved the Rays.