The Korea Pathfinder Lunar Orbiter -- also known as Danuri -- made its first communication with a Deep Space Network antenna of the U.S. National Aeronautics and Space Administration (NASA) in Canberra, Australia, at 9:40 a.m. (Korean time), about 90 minutes after being launched on a SpaceX Falcon 9 rocket from Cape Canaveral in the United States, according to the Ministry of Science and ICT. 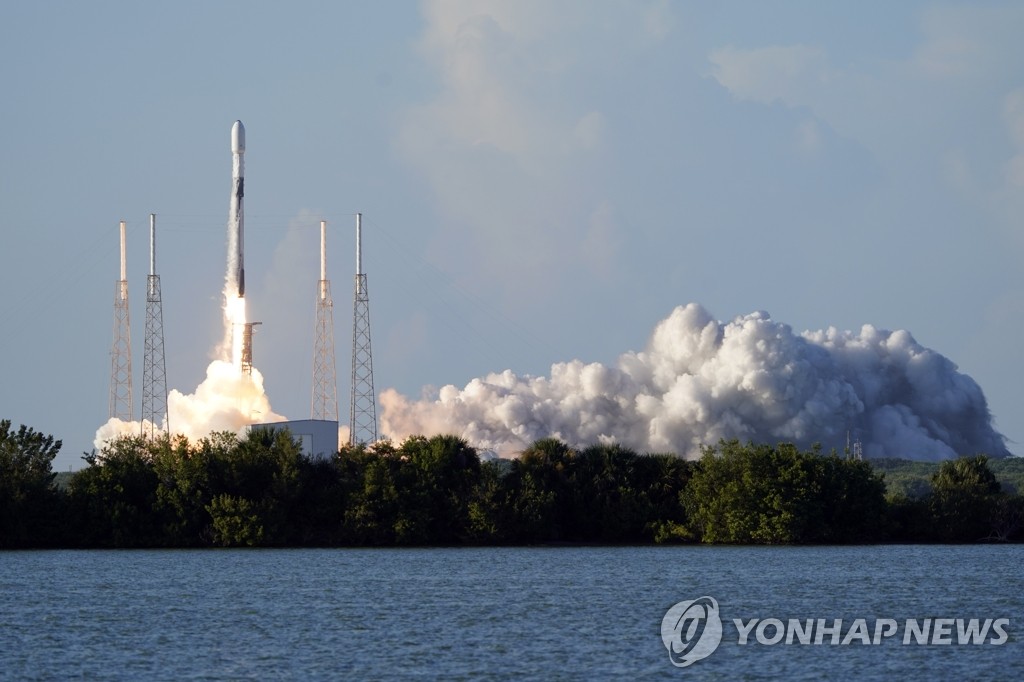 Danuri was released from the rocket around 40 minutes after liftoff at an altitude of 1,656 kilometers and was set to travel on a preprogrammed low-energy, fuel-efficient ballistic lunar transfer trajectory toward the moon.

The ministry plans to announce whether Danuri successfully reached its intended trajectory in the afternoon.

The trip to the moon is scheduled to take 4 1/2 months.

The launch was initially scheduled for Wednesday but was postponed for two days due to a maintenance issue with the rocket. 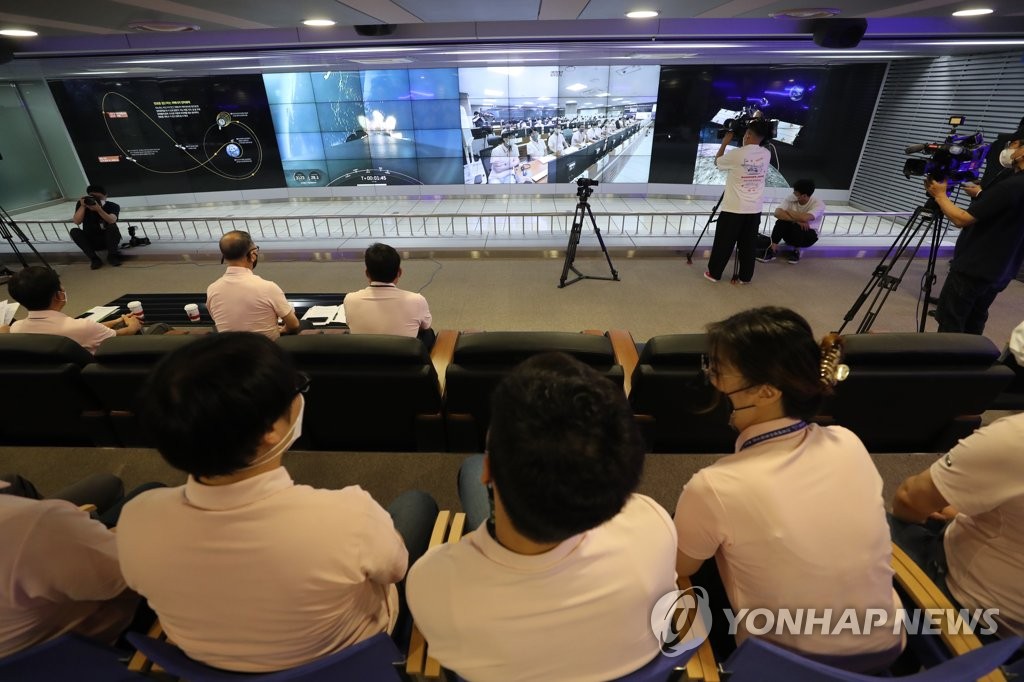 Danuri marks South Korea's first space mission to travel beyond Earth's orbit. Its mission is to measure terrains, magnetic strengths, gamma rays and other traits of the lunar surface using six onboard instruments during its yearlong mission, starting in late December.

NASA has been deeply involved in the South Korean mission after signing a formal agreement with the Korea Aerospace Research Institute to work together in 2016. The U.S. space agency has shared experience in designing the missions and will provide access to the agency's Deep Space Network antennas around the globe to track the spacecraft. 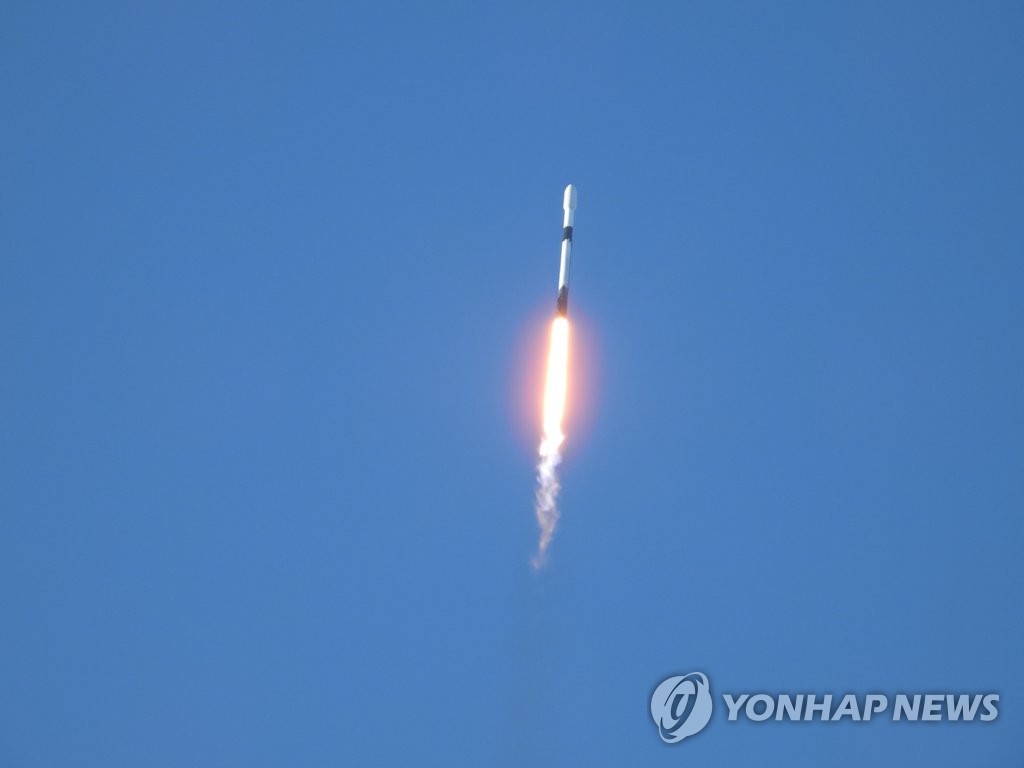 As of now, only six countries and regions -- the U.S. China, Japan, India, the European Union and the former Soviet Union -- have succeeded in either lunar landings or lunar orbiter explorations.

If Danuri reaches its intended destination in late December, South Korea will become the seventh country to reach lunar orbit.

The lunar orbiter project comes on the heels of South Korea's successful launch of the country's first homegrown space rocket, Nuri, last month, which made it the seventh country to develop a space vehicle that can carry a satellite of more than 1 ton.

South Korean President Yoon Suk-yeol has pledged to boldly invest in opening a space economy era and to systematically support the aerospace industry through the establishment of an aerospace agency.

The country also launched a preliminary feasibility study for the successor to the Nuri rocket, with the goal of sending a lunar landing module to the moon in 2031 under a budget of 1.93 trillion won (US$1.48 billion).