SEOUL, Aug. 5 (Yonhap) -- The ruling People Power Party (PPP) is set to hold a national committee meeting of standing members Friday to discuss whether the party's current situation constitutes an "emergency" to switch to an emergency leadership system.

The PPP has been in turmoil since acting Chairman Kweon Seong-dong inadvertently exposed text messages he exchanged with President Yoon Suk-yeol last week, in which Yoon was seen backbiting about suspended party chief Lee Jun-seok.

That led to Yoon's approval rating falling below 30 percent, an unusually low rating for a president less than three months in office.

Kweon took over as acting leader of the party early last month after Lee had his party membership suspended for six months over sexual bribery allegations.

On Wednesday, the PPP said it has decided to hold two national committee meetings through early next week to complete all procedures required to break up the current one-man leadership and shift to the emergency committee system, two days after PPP lawmakers held a general meeting and agreed that the party's situation is considered an emergency.

Should the committee of standing members approve of the emergency declaration, the PPP will hold a plenary national committee meeting Tuesday to complete the leadership transition process.

In Friday's meeting, the PPP also plans to discuss amending the party charter to grant the acting chairman the right to nominate emergency leadership chair candidates.

Lee, the suspended party chief, has been sharply protesting against the PPP's move toward emergency leadership, saying the party declared an emergency to prevent his return as party leader.

"A solution they came up with after they were caught on camera backbiting about me and caused approval ratings to fall is a decision to block my return," Lee said in a Facebook post.

According to Rep. Suh Byung-soo, chair of the PPP's national committee, switching to the emergency committee system means that Lee cannot return as party chief even after the end of the six-month suspension of his party membership imposed last month over allegations of sexual bribery and a cover-up.

Observers say Lee could file for a court injunction against the transition to the emergency committee. 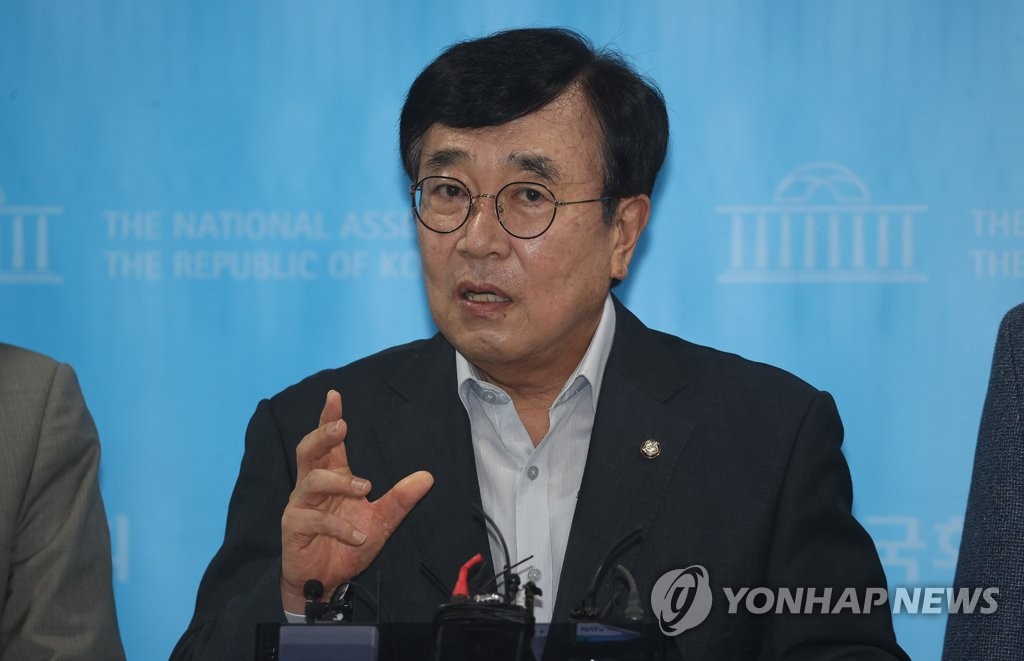