The country added 112,901 new COVID-19 infections, including 497 from overseas, bringing the total caseload to 20,273,011, the Korea Disease Control and Prevention Agency (KDCA) said.

South Korea, with a population of 51.6 million, reached the grim milestone of 20 million coronavirus infections Wednesday, 2 1/2 years after its first COVID-19 case was reported Jan. 20, 2020.

To stem the spread of the omicron variant BA.5, health authorities have asked older adults to get their second boosters. But only about 45 percent of people aged over 60 and subject to a fourth vaccine shot have received it.

Of the 112,404 locally transmitted cases, 49.8 percent of them came from Seoul and its neighboring metropolitan areas and 50.2 percent came from the non-capital areas, the KDCA said.

The country also confirmed two more COVID-19 cases of BA.2.75, a new fast-spreading omicron subvariant, bringing the total such cases to 16. The two new cases were from Mexico, it said.

Of the total 16 cases of BA.2.75, 13 cases were imported from overseas while three were locally infected cases.

As of 9 p.m. Friday, local governments had reported 107,807 additional cases, down 583 from the same time Thursday and 1.37 times the number from a week before. 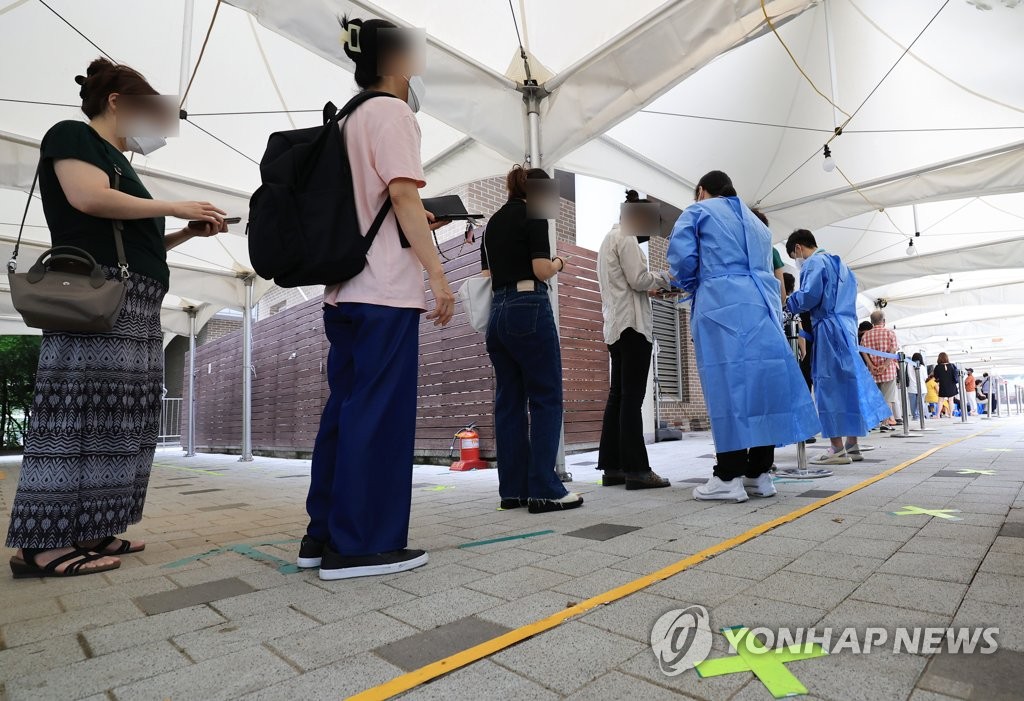