ICHEON, South Korea, Aug. 5 (Yonhap) -- Five people were killed and 44 others were injured Friday in a fire at a four-story building that contains a hospital in Icheon, some 50 kilometers southeast of Seoul, fire officials said.

The fire broke out at 10:17 a.m. in the building, which has the dialysis hospital on the top floor. A total of 46 people, including 33 patients, were in the hospital at the time, but it remains unclear exactly how many people were inside the entire building, according to the officials.

The fire killed five people -- four patients and one nurse, all found on the fourth floor -- while 44 others, many of them from the hospital, sustained injuries, such as smoke inhalation.

Of those injured, four sustained serious injuries, the officials said. 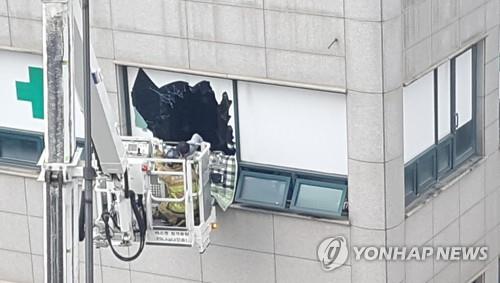 Fire authorities assume the fire started at a screen golf facility on the building's third floor and smoke moved upward, resulting in massive casualties on the upper floor.

The screen golf facility was closed at the time of the fire as it was set to go out of business soon.

Mobilizing 38 fire trucks and 108 personnel, firefighters completely extinguished the fire at 11:29 a.m. before sending in rescuers to the fourth floor to see if anyone needed help.

It may take some time to finish the rescue operation as smoke clouds the building's interior.

Exactly where and how the fire started will be identified in an official investigation, the officials said.

The building also houses an oriental medical clinic and offices on the second and third floors, as well as restaurants on the first floor, according to the officials. 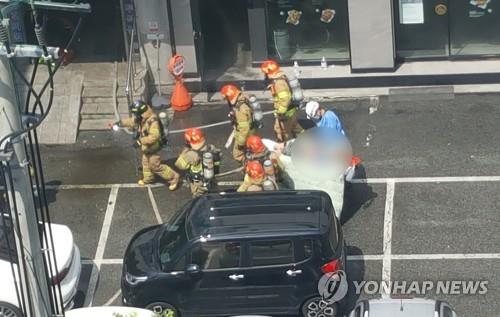