The envoy, who served as Washington's coordinator for the implementation of U.N. Security Council sanctions on Pyongyang from 2009-2010, made the remarks during his meeting with South Korean Unification Minister Kwon Young-se at the ministry's headquarters in central Seoul.

"Our goal remains the denuclearization, the complete denuclearization of the Korean Peninsula," he said in front of reporters at the outset of the meeting. "We want to make it clear to the DPRK that its unlawful and destabilizing activities have consequences." DPRK is the acronym of the North's official name, the Democratic People's Republic of Korea. 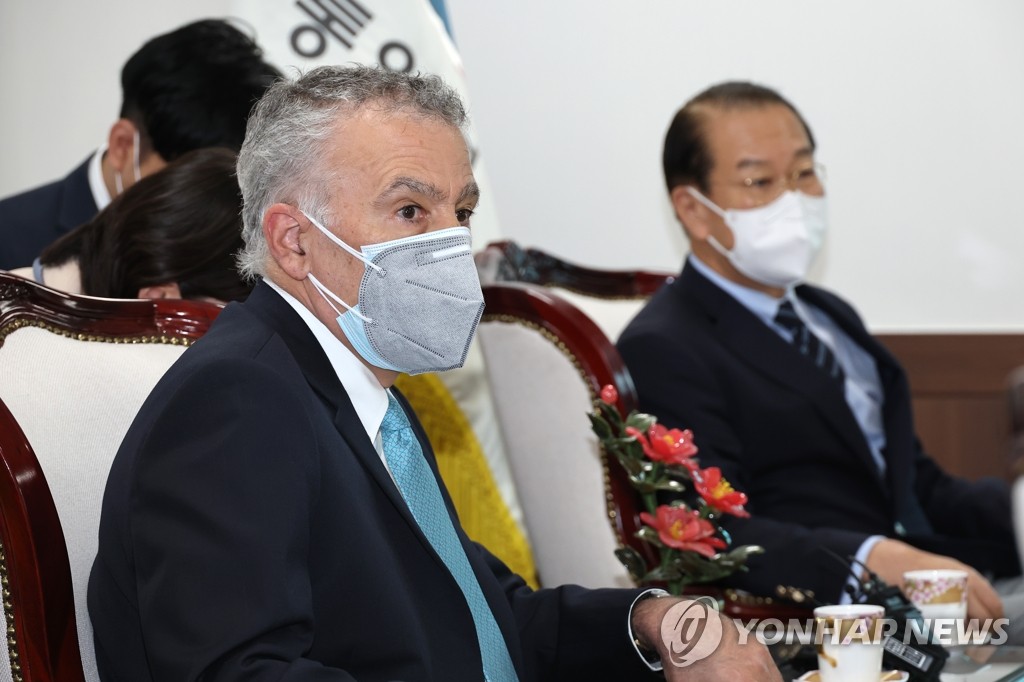 "The only viable path forward for the DPRK is through diplomacy," he said. "We remain committed to dialogue with the DPRK and continue to hope that the DPRK will respond positively to our offers to meet without preconditions."

Denuclearization talks between the two countries have been stalled since their no-deal Hanoi summit in 2019.

In response, Kwon reaffirmed the South Korean government's willingness for humanitarian cooperation with the North regardless of the military and political situation between the two Koreas.

Pyongyang has carried out a string of missile launches since the start of this year amid reports that it has completed preparations for what would be its seventh known nuclear test.

Later in the day, Kwon is scheduled to meet with Damon Wilson, president of the U.S.-based National Endowment for Democracy, for discussions on ways to improve the human rights situation in the North, Kwon's office said. Wilson arrived here Wednesday for a three-day trip.