SEOUL, Aug. 5 (Yonhap) -- Sales of Ferrari models are set to exceed 300 in South Korea this year amid growing demand for high-performance vehicles in Asia's fourth-biggest economy, its importer said Friday.

Forza Motors Korea Corp. (FMK), which imports Ferrari and Maserati models, said it sold 842 Maserati and 300 Ferrari models in the Korean market for the whole of 2021.

"Five years ago, we sold about 100 Ferrari models in Korea but local demand for the super car is on the rise," FMK spokesman Choi Seung-ok told Yonhap News Agency.

The 3-liter 296 GTS comes with a V6 turbocharged gasoline engine and a 122kW electric motor. It can sprint from zero to 200 kilometers in only 7.6 seconds.

The company said it has received a double-digit number of preorders for the 296 GTS model since April.

"We are planning to introduce its first sport utility vehicle model in September and an all-electric model in 2025 in line with the global electrification push," Choi said. 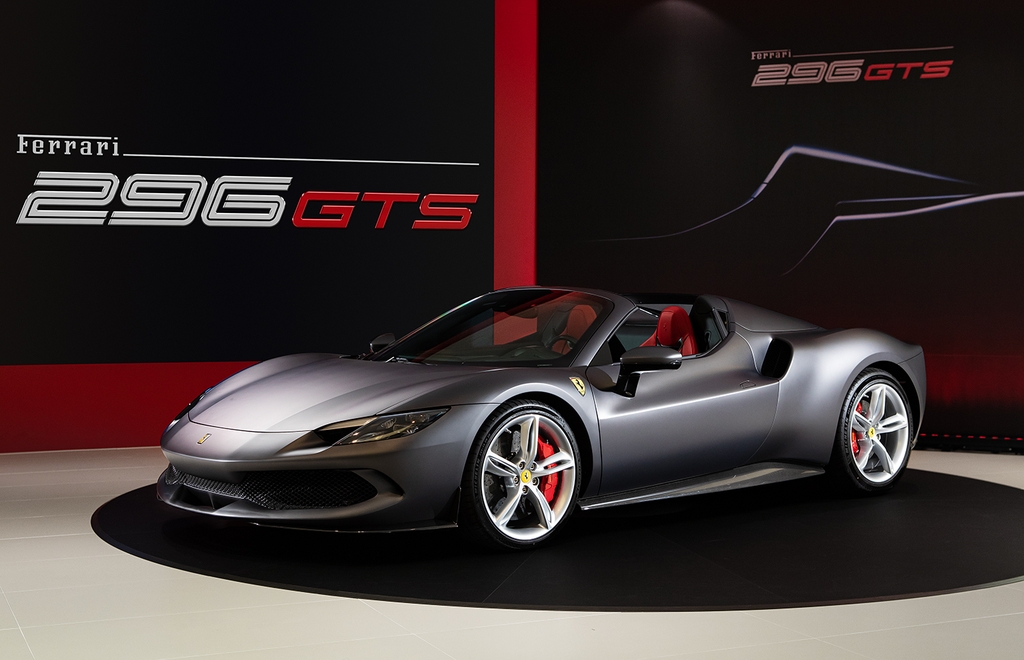