SEOUL, Aug. 5 (Yonhap) -- Lotte Chemical Corp. said Friday it swung to the red in the second quarter from a year earlier, as the rise in global raw materials prices weighed on overall profitability.

It reported an operating loss of 21.4 billion won (US$16.4 million) in the April-July period, compared with operating profit of 594 billion won the previous year, the chemical unit of South Korean retail giant Lotte Group said in a regulatory filing.

The earnings beat market expectations. The average estimate of net profit by analysts stood at 29.8 billion won, according to the survey by Yonhap Infomax, the financial data firm of Yonhap News Agency.

"Profitability declined as business conditions deteriorated in the first half due to rising raw materials prices and slowing demand," the company said.

Basic chemicals unit, which includes polymer products used in daily plastic necessities and petrochemical products, generated an operating loss of 8.4 billion won, with revenue coming in at 3.45 trillion won for the three months.

Its advanced materials division that deals with engineering plastics and construction materials, posted an operating profit of 71.4 billion won and 1.23 trillion won in revenue.

Lotte Chemical forecast that global inflation concerns and the COVID-19 resurgence will slow demand recovery in the second half, but said it will continue the push for high value-added products and new growth engines, such as hydrogen, battery materials and recycled plastics.

Lotte Chemical said it plans to spend 10 trillion won by 2030 to boost its hydrogen and battery businesses as part of the drive for a green energy transition.

Shares in Lotte Chemical gained 2.82 percent to 182,000 won on the Seoul bourse on Friday, outperforming the broader KOSPI's 0.72 percent gain. The earnings results were released after the market closed. 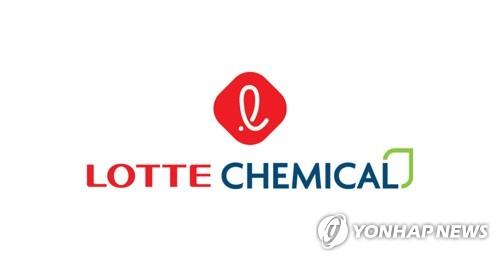