The square, which has been expanded and partially refurbished into a park, opened to the public at 11 a.m., according to the Seoul city government.

At a ceremony celebrating the opening, Prime Minister Han Duck-soo raised hopes that the square will become a tourist attraction not only for Korean citizens but for people from around the world.

"The area linking Gwanghawmun Square, Gyeongbok Palace and Cheong Wa Dae is a center of our long history, brilliant culture and democratization," Han said in a congratulatory message.

"I anticipate that along with Cheong Wa Dae that has returned to citizens, the square will become a tourist attraction to be frequented by world people," he added.

The former presidential office of Cheong Wa Dae opened to the public in May as the office of President Yoon Suk-yeol was set up at Seoul's central district of Yongsan.

Construction began in November 2020 to expand the square with new historical and cultural attractions.

The square is now 2.1 times larger than before at 40,300 square meters after an adjacent road that had been located to its west was covered.

Over 5,000 trees have been planted across the square, with around a quarter of it covered by greenery.

A performance spot has also been installed in front of the Sejong Center for the Performing Arts.

The square also includes a new 40-meter-long tunnel fountain as well as a 53-meter media wall near the Sejong Center.

An opening ceremony took place later in the day, with a performance by a civic orchestra, followed by various popular artists. 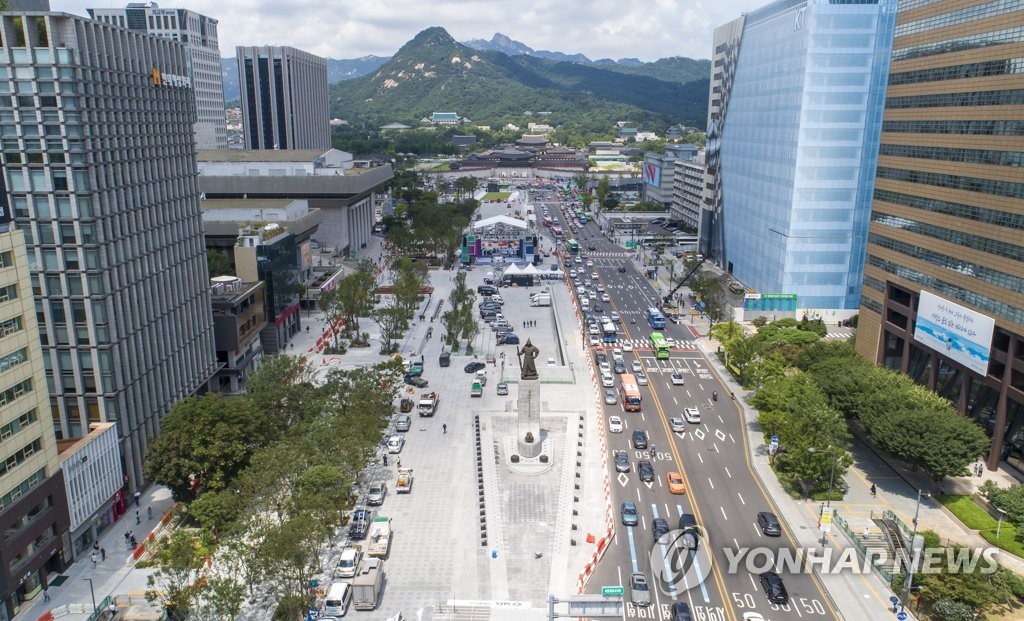 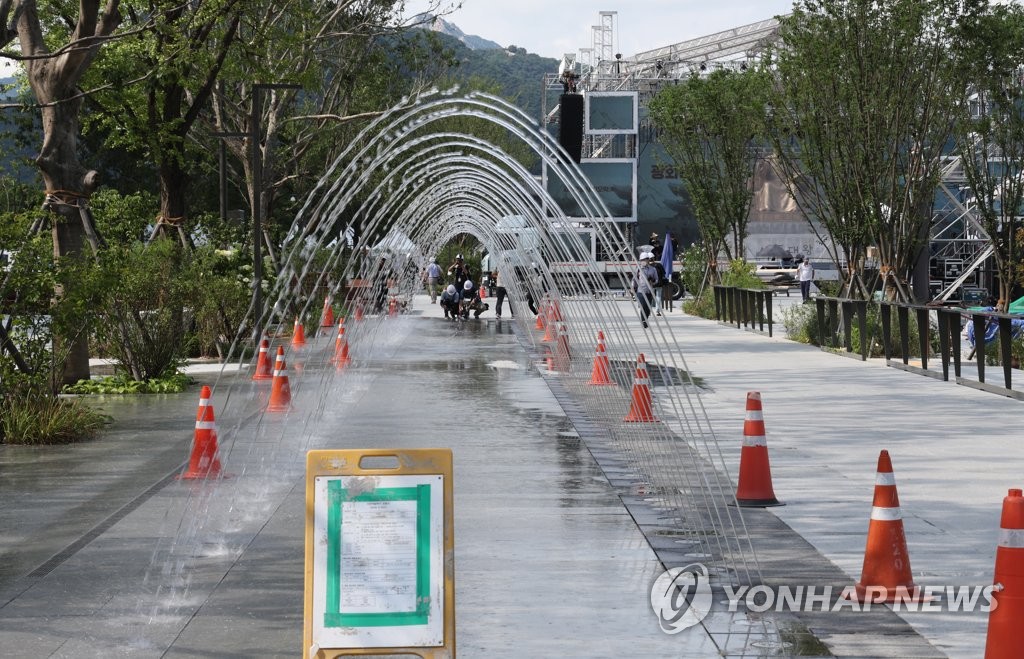