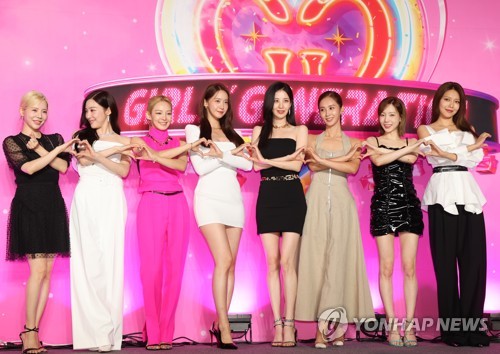 The group's seventh full-length album has 10 tracks, including the title single "Forever 1," an upbeat pop-dance number with a festive mood.

Girls' Generation, who debuted in 2007, is an iconic K-pop girl group that stood on the forefront of the global boom of Korean pop culture, known as "hallyu," during its prime.

The band, however, began a hiatus after members Tiffany, Sooyoung and Seohyun left SM Entertainment in October 2017. The bandmates have since focused on various individual activities, including careers as an actor and a soloist.
(END)